With the announcement of the new (and hopefully permanent) Christian Grey, Lena Dunham has seized the opportunity to tell us about her real-life Christian. In other hilarious tweets this week, Olivia Wilde shares one of her greatest fears while driving and Whitney Cummings shares the real reason people don't join Instagram. 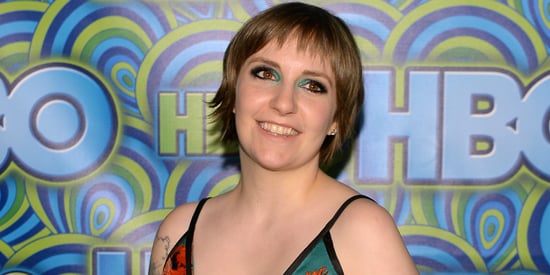 Check out all of our favorites below!


Something tells me this wouldn't make quite as sexy a movie.

(Wistfully) I had my own Christian Grey once. But he used a towel for a bed sheet and had a fat friend named Jeff.

So, in other words, Rob Delaney is going to be abject shame and embarrassment.

For Halloween I'm going as that feeling you get at a store when you try to refold a sweater properly & put it back on the shelf.

It's always best to be either eating or thinking about eating. Just saying.

The moments I'm not eating are somewhat torturous.

You can see the rest of the tweets after the jump.

Stop boasting about how you're not on Instagram. I get it, you're not lonely

Because, Rainn Wilson, it's not pumpkin spice season! Get with it!

Culturally, why do we not embrace pumpkin flavored food & drink between January & September?

But misery loves company! Why won't anyone be sad with me?

It's such a bummer when someone you know is having a bad day while you're having a great day and you have to ignore them until tomorrow.

"Speak softly and carry a big stick." Perfect advice to follow if you want people to think you're insane.

Olivia Wilde has had one too many scarring sneezing incidents while driving.

Few things are as terrifying as sneezing while driving.

Huh. That's not how I remember the lyrics.

Is there a setting to block all tweets that contain food images and exclamation points?

I think Jimmy Kimmel just called all my fan mail spam, and I'm pretty bummed about it.

Very excited to hear that Prince George has been baptized and has 7 godparents! I'm one of them, right? I've gotta be one of them.

This sounds like a romantic comedy I kind of really want to see.

I'm in love with every firefighter

Michael Ian Black sure knows how to get you hot and bothered.

Sext: you have Dorito breath.