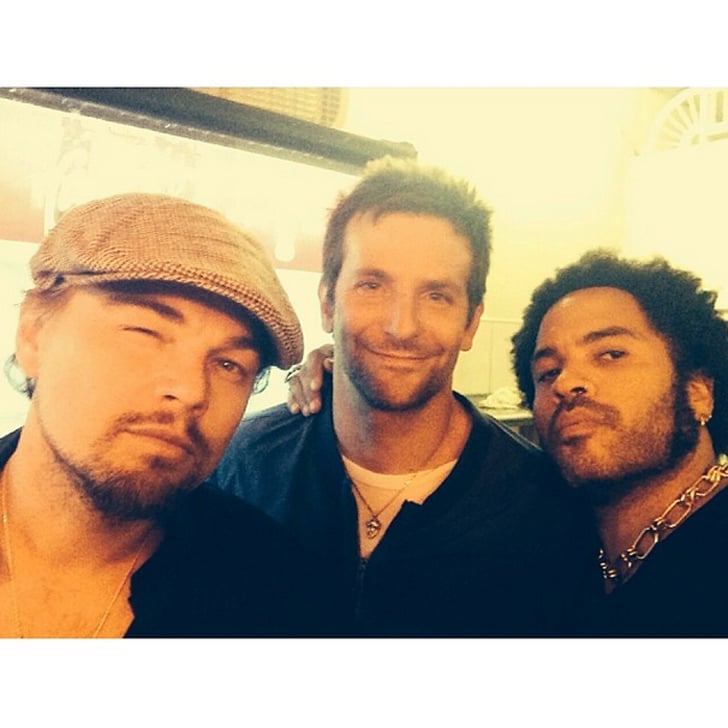 Leonardo DiCaprio, Bradley Cooper, and Lenny Kravtiz had the world's hottest pizza party when they grabbed a slice at NYC's famed Joe's Pizza in the West Village on Saturday. Lenny shared a snap of the meeting of the hunky men, which included Leo dropping his usual serious pose for a coy wink. Leo and Bradley will soon be hitting the party circuit together in LA when they attend the Oscars in March. Both actors are up for awards, with Leo nominated for best actor for The Wolf of Wall Street and Bradley vying for the best supporting actor trophy for American Hustle. The two friends have already been having plenty of bonding time at this year's earlier award shows, and the handsome stars both hit up the Golden Globes with their moms by their sides. (Don't worry, they both met up with their beautiful, blond model girlfriends later in the night.) We're looking forward to seeing Bradley and Leo continue the bromance at the Academy Awards!