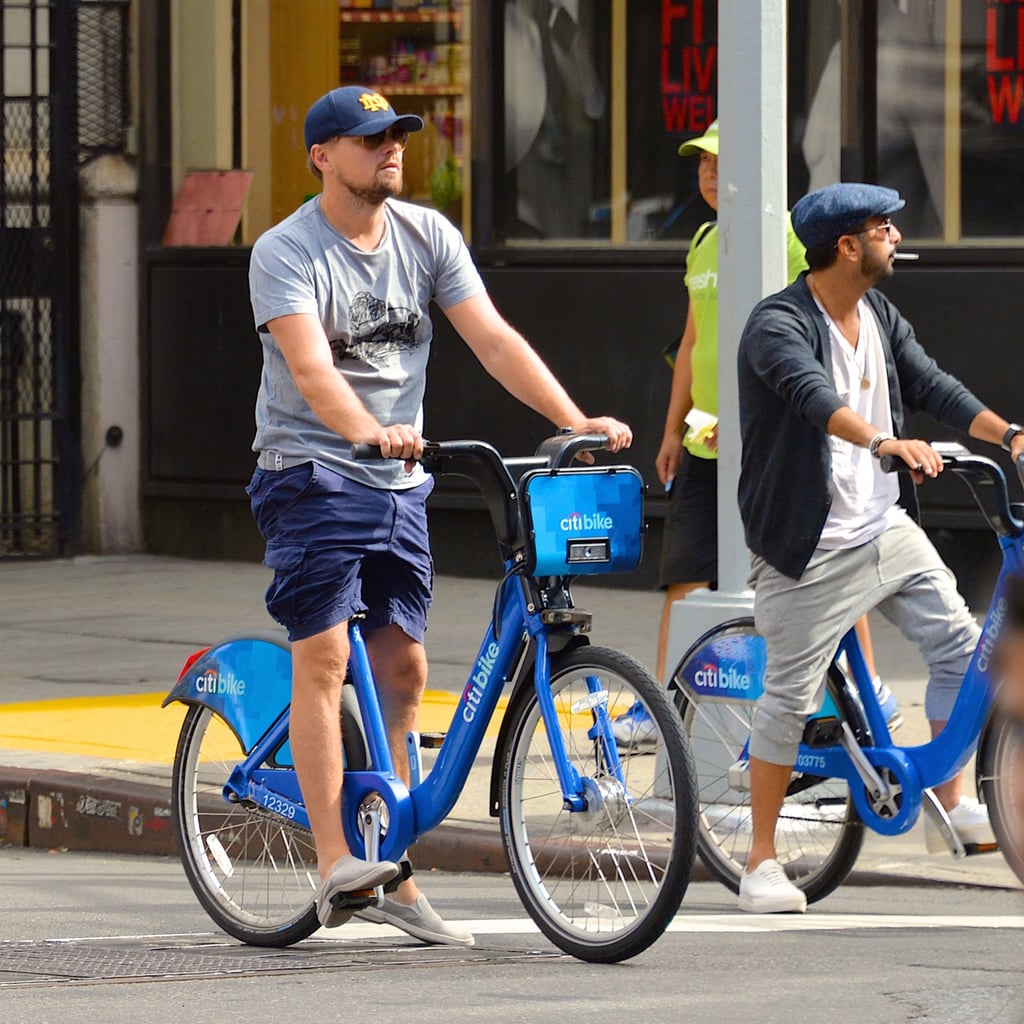 Leonardo DiCaprio, noted lover of riding bikes with hot women, went out for an afternoon cruise with a group of friends in NYC on Tuesday, including one very pretty brunette. It's likely that Leo and the lovely lady are just friends, as the actor has been linked to model Kelly Rohrbach since June (when they were spotted out together, naturally, on a bike ride). It appears that the two are still going strong, as they were photographed hanging out with Adrien Brody at the US Open over the weekend. Along with his model girlfriend, Leo was also missing the bushy beard and man bun he had been sporting for most of the year; maybe he's cleaning up for a new role? Keep reading to see photos from Leo's latest bike ride.