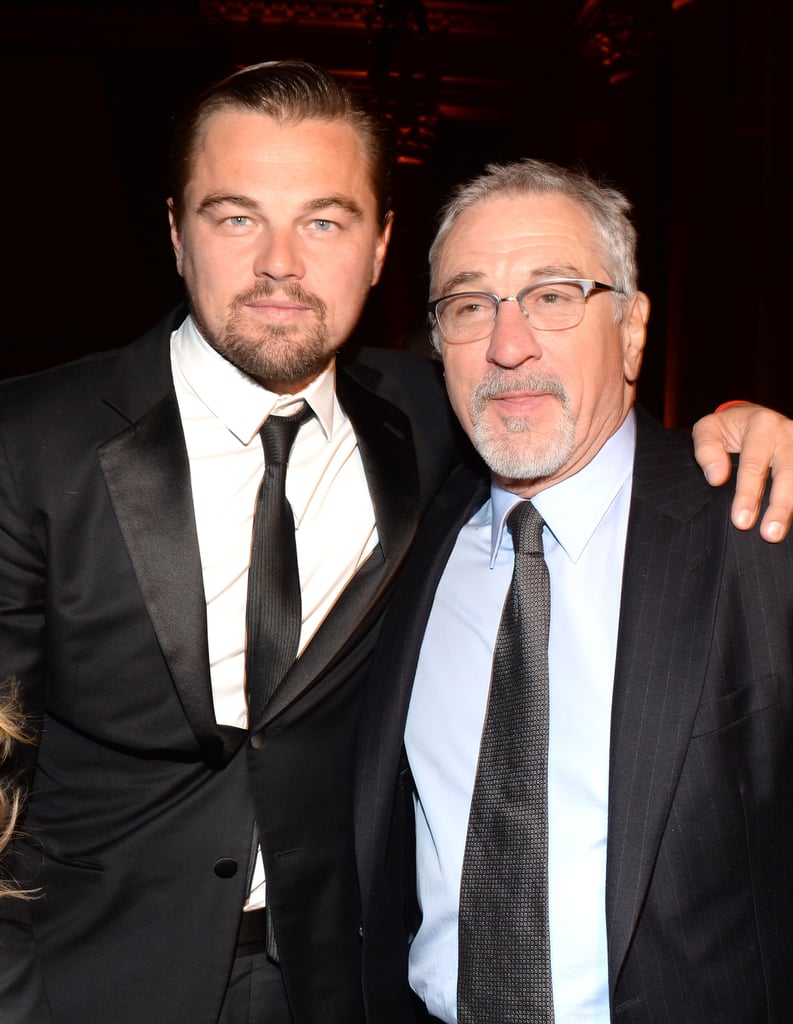 On Wednesday, Leonardo DiCaprio arrived at the annual amfAR Gala in New York looking handsome as ever. At the event, which honored producer Harvey Weinstein, and also brought out Blake Lively and Ryan Reynolds, Leo reunited with his former costar, Robert De Niro. The actors starred together in not one but three films, including 1993's This Boy's Life, 1995's One Hundred and One Nights, and 1996's Marvin's Room. Talk about going back in time!

Leo's latest appearance comes towards the end of an exciting award season for the actor, who may just take home his first Oscar this year. After winning the Golden Globe for best actor in a drama, he received a trophy at the Critics' Choice Awards and also won big at the SAG Awards. Keep reading for more of Leo and Robert's sweet reunion, and then check out how much Leo has changed since his first red carpet.

Red Carpet
Give It the Green Light: Mj Rodriguez's Sequined Valentino Minidress Had Heads Turning
by Perri Konecky 13 hours ago

Red Carpet
Zendaya Is 8,000 Years Ahead of Her Time — See Her Futuristic Gown at the Dune Screening
by Chanel Vargas 2 days ago