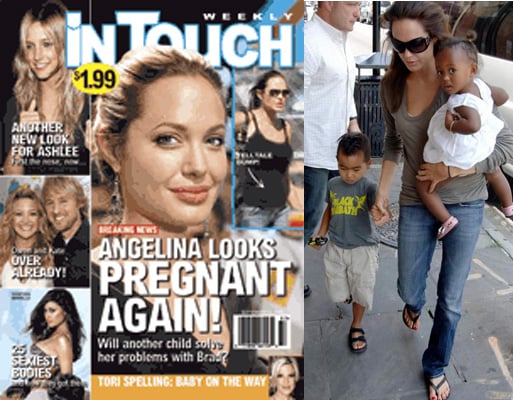 Brad, Angelina and the kids are in New Orleans together where Brad unveiled the winner of his design competition, a contest to create affordable, Earth-friendly housing for Katrina victims. And while the Pitt-Jolie family are busy doing good deeds, rumors are swirling that Angelina is pregnant again less than 4 months after she gave birth to Shiloh. In Touch reports: 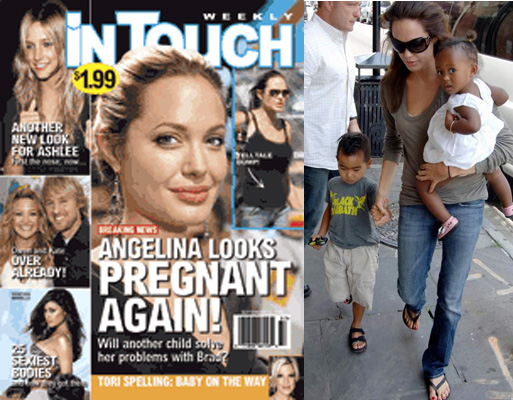 It’s been almost four months since Angelina Jolie gave birth to Shiloh but she may already be thinking about adding to the Jolie-Pitt crew. With tensions high between the actress and her companion, Brad Pitt, the couple is struggling to salvage their relationship.

I don't know what In Touch is thinking. Clearly they haven't seen these pics from today where's she's looking super svelte! Did they plump up her face a bit for their cover? To see more pics of Angelina, Maddox and a very grown up Zahara just read more