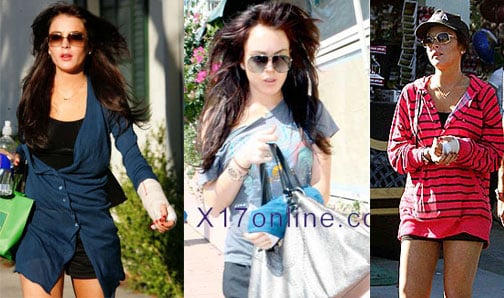 Lindsay went boom and fractured her wrist this weekend in two places. Now there may be a lawsuit. Apparently LL is claiming it was Milk Studio's fault (the place where the event was held). But who is to blame for the hideous blue cast LL is wearing? It certainly does not match her fabulous reversible YSL bag. Here's more about LL's bad break: 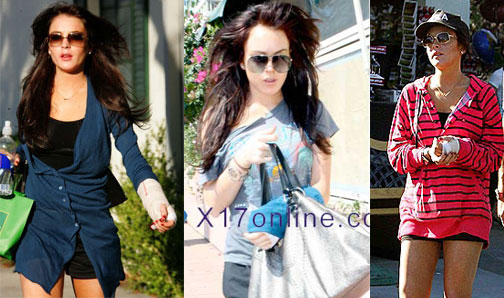 According to Sloane, while walking in an outdoor area in flat Chanel boots, Lohan slipped. Her driver took her immediately to St. Vincent’s. Her mom drove in from Long Island to the hospital (and has been with her ever since).

Sloane also tells Access Hollywood that “there’s a pending investigation,” because Lohan claims that Milk Studios didn’t take adequate precautions to cover the slick ground. A message was left for Milk Studios for comment on Saturday, but Access Hollywood was so far been unable to receive comment.

Sloane added that her client had been scheduled to go back to LA for movie meetings, and that her “lawyers are looking into” the situation because the accident may have affected her
ability to work and attend some of the meetings.