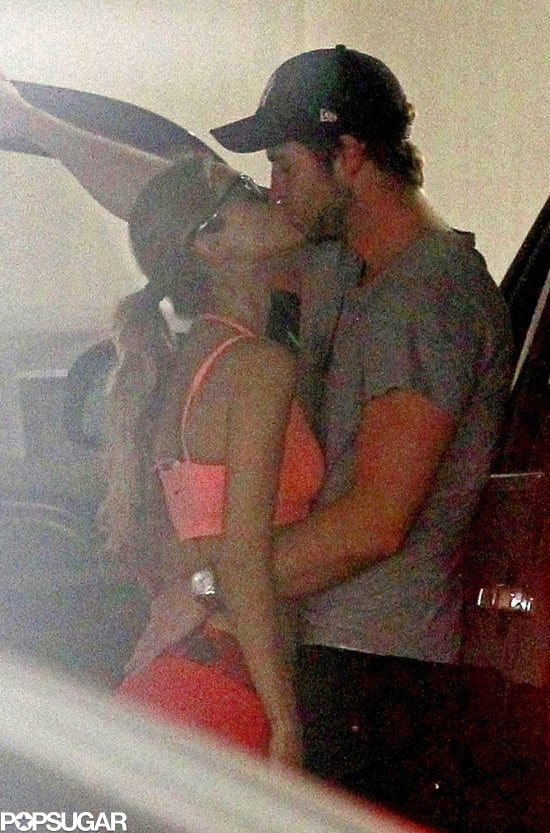 It looks like Liam Hemsworth's new romance with Mexican singer Eiza Gonzalez is really heating up. The actor got wrapped up in a steamy embrace with a sports-bra-wearing Eiza in LA on Tuesday. The pair shared their kiss after they were spotted enjoying a night on the town in Las Vegas over the weekend, just before Miley Cyrus and Liam confirmed that they had ended their engagement. Despite sharing a lip-lock with his rumored new lover, Liam's time in LA was short-lived as he was spotted jetting out of LAX yesterday.

While Americans may not be that familiar with Eiza, she is actually a successful singer and actress in her native Mexico. She starred in the telenovela Amores Verdaderos and has released two albums. However, Eiza was apparently not satisfied with just being a star south of the border, as she moved to LA to look for more acting work. Dating Spanish-speaking stars may run in the Hemsworth family, as Liam's brother Chris Hemsworth is married to Spanish actress Elsa Pataky. 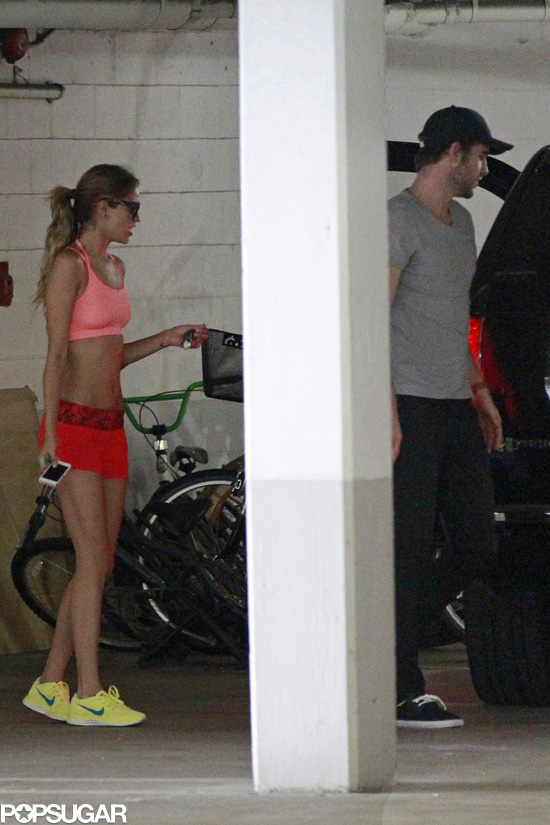