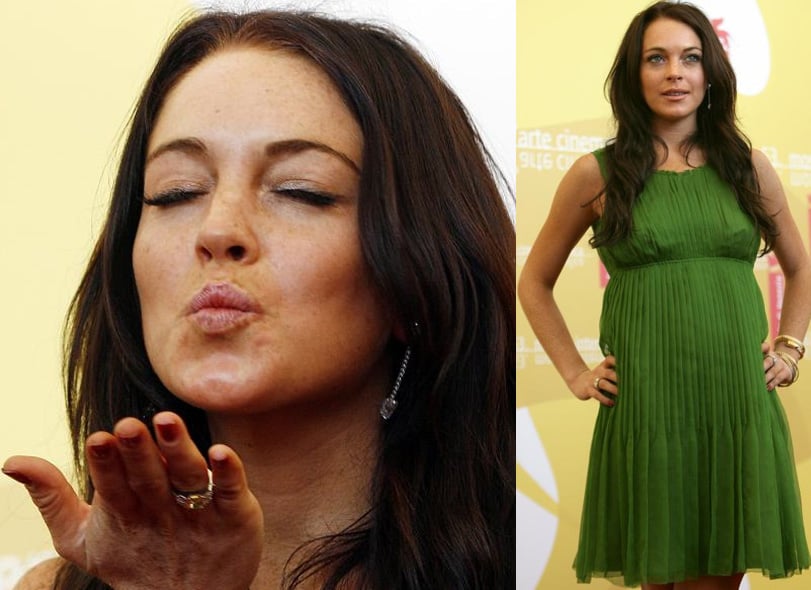 Lindsay was in Hawaii with her boyfriend, and maybe future fiance, Harry over the long weekend, and is now at the Venice Film Festival for her new movie Bobby. She's hoping the film about Bobby Kennedy will encourage her generation to get more involved in politics. And even though William H. Macy called Ms. Lohan disrespectful during the filming, Emilio Estevez, who directed the film, praised LL's performance. Here's more: 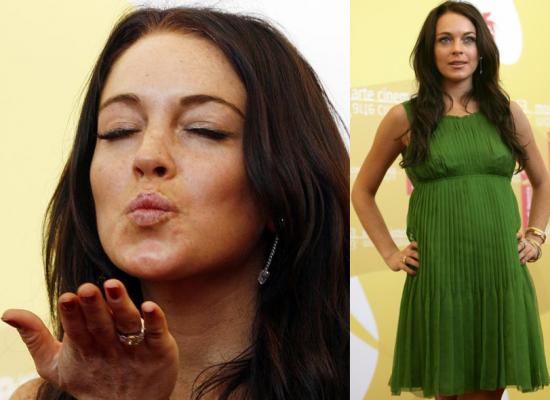 "I feel I have always been somewhat politically engaged," she said.

"I strongly encourage people of my age and generation to have a say and to vote, and to involve themselves in what's going on in the world, because they are living in it.

"I've always been like that but I keep it to myself. It's safer that way."

Director and former Brat Pack star Emilio Estevez, speaking ahead of the film's premiere in Venice, praised Lohan's "authority" in her role.

"She really dug into it and was so committed," he said.

"Lindsay came to this wanting to be a part of something bigger. It wasn't about just putting her name on something. She really believed in this and we were lucky to have her."

For those wondering about the ring on LL's hand, it's her right hand. Lots more pics of her and the cast of Bobby in Venice so read more