Lindsay Lohan headed to a courthouse in LA this morning with her mother, Dina, following closely behind. Her father, Michael, was there too, but Lindsay walked right by him. The starlet appeared before a judge to face the music following her two failed drug tests while on probation for her DUI conviction last month. She left rehab at Betty Ford early this morning in order to make her appointment. Lindsay was facing up to 30 days in jail for each infraction, but in the end she was ordered to head back to the clinic for more treatment until at least Jan. 3, 2011. 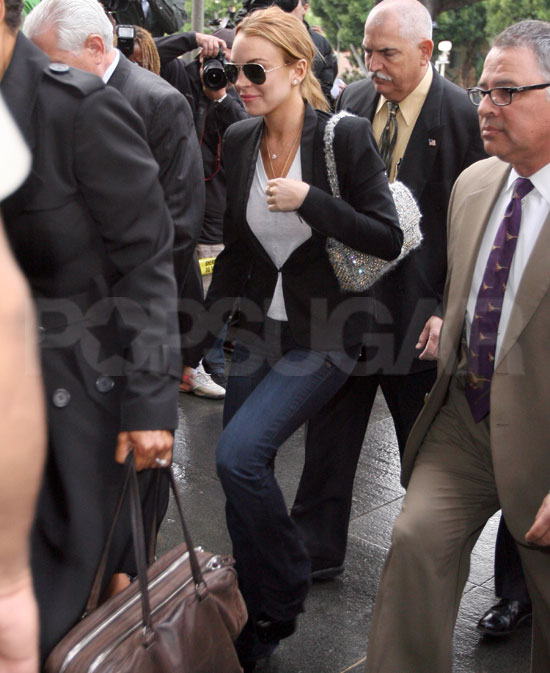