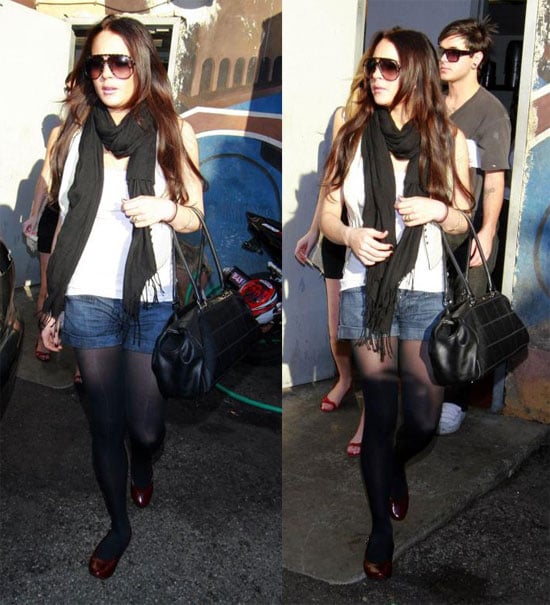 It's time to take Lindsay's BlackBerry away. Her publicist asked the media to take it easy on her client, but LL makes it too hard. Dina has flown out to LA to help her daughter get herself together and it looks like she's going to have her work cut out for her. LL adds another bizarre rant to her list of weird behavior. Last week she sent out a rambling and partly incoherent email to her friends claiming that Al Gore is ready to help her clean up her image by taking on the media. Page Six reports: 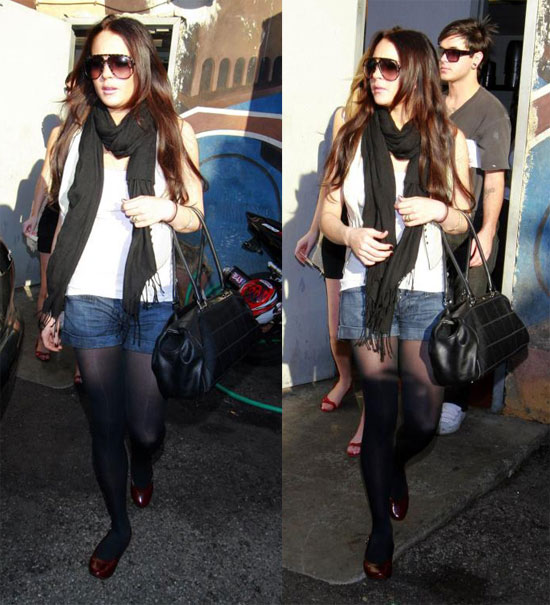 "Al Gore will help me. He came up to me last night and said he would be very happy to have a conversation with me," Lohan wrote last week in a rambling, semi-literate e-mail to her friends and lawyers.

In the bizarre message read by Page Six, Lohan burbled, "If he is willing to help me, let's find out. Hilary [sic] Clinton, Bill Clinton, and Evan Metroplis [sic], and John Daur who works with them would be willing, if we just ask. If we just ASK."

Lohan was apparently inspired to send out the e-mail by a Page Six item on her "mean girls diva fit" at a GQ magazine party in L.A. Referring to a supermarket tabloid report claiming she had overdosed on drugs, she wrote, "Let's sue the tabloids for saying the things they say. Defamation of character."

Invoking what she puzzlingly calls the "way of the future-Howard Hughes," her desire is to "release a politically/morally correct, fully adequite [sic] letter to the press."

Lohan says she wants to state her opinions on "how our society should be educated for the better of our country. Our people . . . because I have such an impact on our younger generations, as well as generations older than me. Which we all know and can obviously see."

Lohan then mentions taking a mystery person she refers to as "LR" to court for "what she's done to me.

"It's my life. I want to live it. People cannot lie and think that it is okay to continue on having done so. I have had many ups and downs, as do we all. But to make false accusations to one girl is unjust in my opinion. I am willing to do anything I need to get my life the way it should be."

Lohan said she wanted to "hold a press conference" and "will do anything necessary to do so." She said she is at "such a young and tender age in a woman's life. It's enough already, I've had enough and I am going to be the one to make a change."

Maybe if LL stopped partying she wouldn't have such a bad reputation. Let's hope she gets the help that she needs. It seems like one of the first things that Dina should do is take away her email account. To see more of LL leaving Orso, read more