Lupita Nyong'o showed off her enviable beach body in a white Marysia bikini on the beach in Maui on Wednesday. The Oscar-winning actress accessorized with a Janessa Leone straw hat and a belly chain and took a walk beside the waves before retreating to her lounge chair to relax. Lupita shared a photo of herself on Instagram the same day, saying, "Aloha Hawaii!" It's been a whirlwind few months for Lupita, who is in Hawaii to participate in the Maui Film Festival. She is on hand to accept the rainmaker award for her international success in 12 Years a Slave, as well as for the documentary In My Genes, which she created, directed, and produced in 2009. If receiving another trophy for her collection wasn't enough, Lupita also announced more big career news this week: she was officially cast in Star Wars: Episode VII and celebrated the news on Twitter, saying, "I'm going to a galaxy far far away!" Keep reading for all of Lupita's stunning bikini photos, and be sure to vote for her in our annual POPSUGAR 100 Faceoff!

Lupita Nyong'o
Can We Give Lupita Nyong'o a Round of Applause For This Breathtaking Met Gala Hairstyle?
by Jessica Harrington 5 days ago

Fashion News
Chromat Shows Swimwear For Trans, Nonbinary, and Queer People on a Feel-Good Runway at the Beach
by Sarah Wasilak 5 days ago 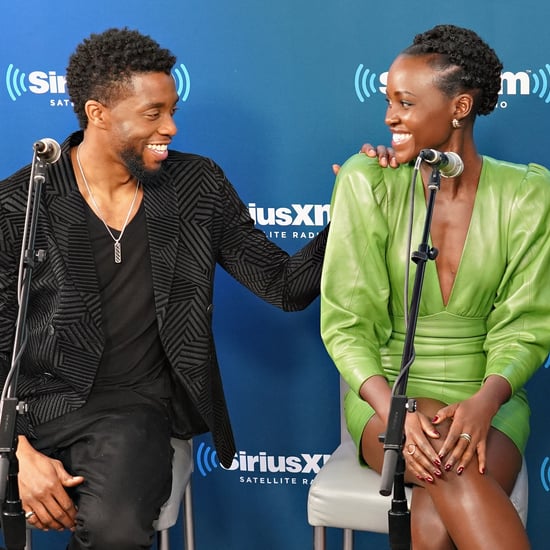 Simone Biles
Simone Biles Is "Beaching Until Further Notice" in a Blue Bikini, and We'd Like to Copy This Energy
by Karenna Meredith 4 weeks ago