You've Officially Made It, Lupita Nyong'o

Lupita Nyong'o made her New York Fashion Week debut at the Calvin Klein Fall 2014 show on Thursday. The Oscar-nominated actress sat front row next to Naomi Watts and Anna Wintour, and wore her glasses while staying focused on the runway. Although she's already quite the fashion darling — she's already landed a gig as one of the new faces of Miu Miu's Spring campaign — today's show marks Lupita's first foray into the world of Fashion Week. She shared a photo of herself backstage with designer Francisco Costa with the caption, "Fashion, form and laughter with @costafrancisco, the brilliant mind behind @CalvinKlein."

Before popping up in the Big Apple, Lupita celebrated with stars like Jared Leto and Bradley Cooper at the Academy Awards Nominee Luncheon in LA and spoke to reporters in both English and Spanish about her breakout role in 12 Years a Slave at the event, saying, "It has just been an incredible journey, and it just continues to be that." Between interviews, Lupita also shared a photo of herself with fellow nominee Pharrell Williams on Instagram. Hopefully we'll get to see even more of Lupita out and about before the Oscars on March 2. For now, keep reading to see her sitting front row at NYFW! 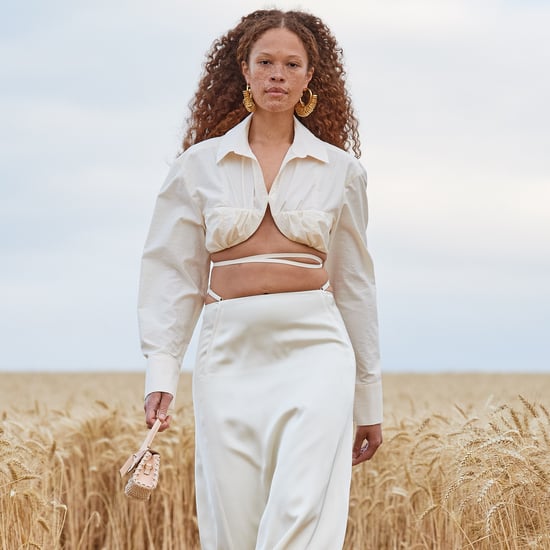 Fashion News
London Fashion Week Announces Its September 2020 Dates, and the Main Focus Is Sustainability
by Kara Kia 3 weeks ago