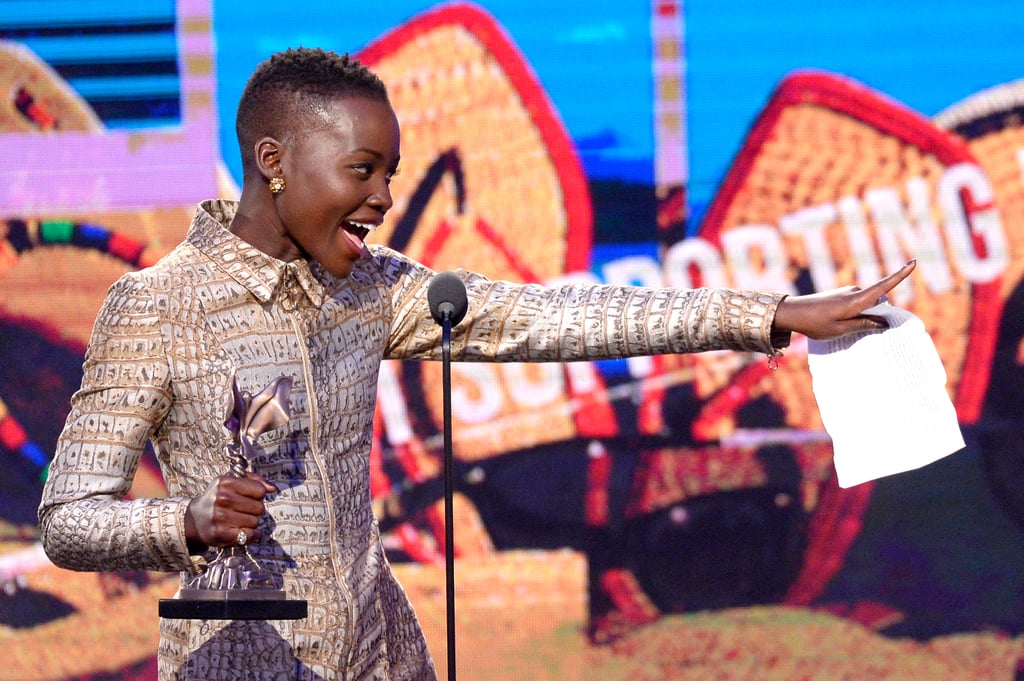 It's safe to say Lupita Nyong'o had one unforgettable day at the Spirit Awards in Santa Monica on Saturday. Not only did she win best supporting female for 12 Years a Slave, but the film also took home the best feature award. Meanwhile, Lupita mingled with Angelina Jolie and Brad Pitt, her costar, and she got a sweet shout-out from Jared Leto, who called Lupita his "future ex-wife" in his acceptance speech. Even better? The actress's mother was there to share the special moment with her, posing for pictures alongside her daughter on the red carpet and giving Lupita a huge hug after her win was announced.

Already a trendsetter, Lupita was the center of attention in a collared, long-sleeved romper. Lupita's style has been praised throughout award season, but this week, in a speech about the beauty of being dark skinned, the actress admitted that she hasn't always been confident. After reading a letter from a young fan, Lupita said, "I remember a time when I too felt unbeautiful." She shared even more inspiring words when we talked to her during LoveGold's party at Chateau Marmont's Selma House in LA. Touching on her advice for young girls, Lupita said, "Dreaming is free. And it's fun. So do it!" Clearly the actress knows a thing or two about making dreams come true. Take a look at all the pictures from her winning day at the Spirit Awards.