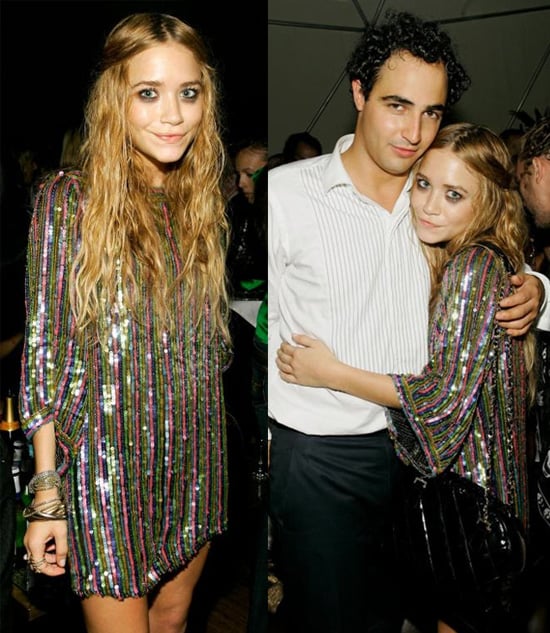 MK and Ashley were all over the hottest spots for Fashion Week last week. To close the week, the two attended Zac Posen's show. Afterwards at Bungalow 8 MK turned very territorial with her new man. Who can blame the girl, she has had some bad luck in the past. Page Six reports: MARY-KATE Olsen has been the victim of man-stealers in the past. (She lost Stavros Niarchos to Paris Hilton, who then lost him to Lindsay Lohan.) But she kept a tight grip on her new, unidentified "rocker-type" beau Thursday night when she and sister Ashley hung out at Bungalow 8. When the Richards sisters, Theodora and Alexandra, arrived and Alexandra started flirting with Mary-Kate's man, the tiny twin "got into a huge fight with Alexandra and totally told her off," one witness said. "After the fight, Olsen and the rocker guy started full-on making out in a territorial 'this is my man' way."