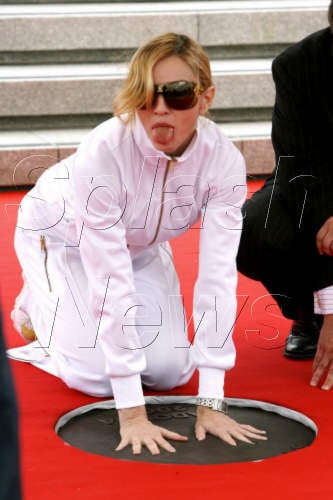 Madonna left a permanent impression outside Wembley Arena today. She is the first star to be honored at the venue's Square of Fame where they molded her hands in a bronze cast. Madonna is about to perform for eight days at the venue. It looks like Madge is wearing her new H&M look for the gig. Here's more: 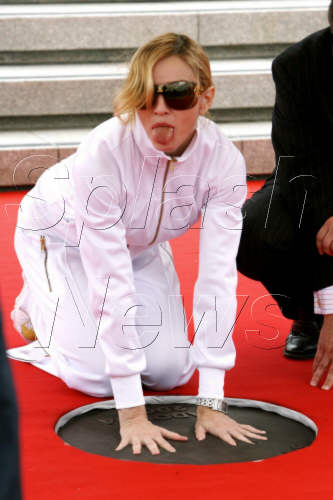 The singer, who plays the first of eight dates at the venue on Tuesday, said it was a "great honour" that made her "feel like an honorary Brit".

Venue owners Quintain Estates wants the square to be a "Hollywood-style feature" to honour top performers.

It hopes to add Kylie Minogue and George Michael casts in coming months.

Madonna said: "I look forward to seeing other artists adding their hand prints alongside mine."

Previous Next Start Slideshow
Madonna
Around The Web