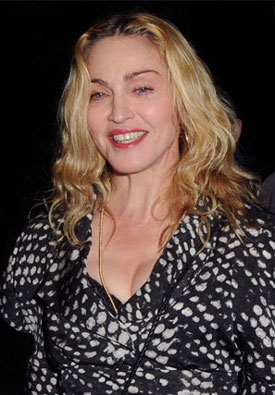 On Saturday in the Hamptons, Madonna fell off a horse that had been "spooked" by the paparazzi according to her manager Guy Oseary. The singer was taken from photographer Steven Klein's home where the incident took place to the hospital and released the same day with minor injuries. Her rep Liz Rosenberg confirmed, "The accident occurred when the horse Madonna was riding was startled by paparazzi who jumped out of the bushes to photograph the singer, who was visiting friends on Eastern Long Island over the weekend. Madonna will be having further tests and will continue to remain under observation by doctors." This isn't the first time Madonna has been injured from riding horses but luckily this time it seems a lot less severe. We wish her a speedy recovery.