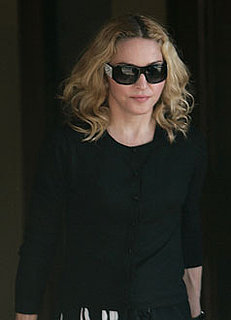 Madonna's adoption appeal for Mercy James was approved early this morning by Malawi's Supreme Court. The judge ruled that her initial denial by the lower court was based on an old law, and that although she hasn't lived in the country for 18 months the court should have taken her philanthropic efforts in the community into account.

Madonna's lawyer said she was "ecstatic" when she heard the news that the adoption was finalized. Plans for Mercy to fly to the States via private jet are already being made, once her passport is in order. This process has been a controversial one for the singer, but now Madonna, Lourdes, Rocco, and David can prepare to welcome their new daughter and sister with lots of love.