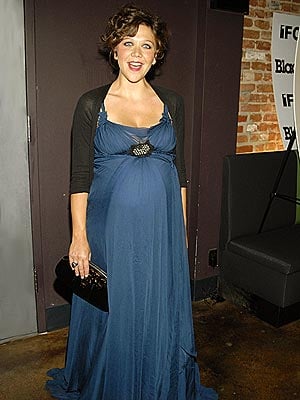 Maggie may be ready to pop shortly, but that's not about to slow her down. The glowing mom-to-be came out Tuesday night in NYC to premiere another one of her new films, Sherrybaby. But it turns out the first stages of Maggie's pregnancy weren't so easy for her, and all she could eat was watermelon and tiramisu. Here's more: 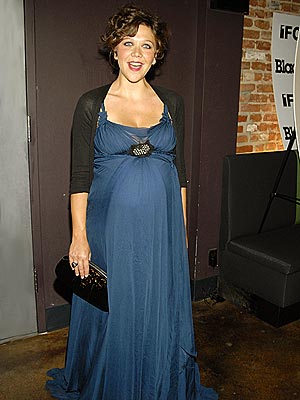 "In the beginning there were just things that I had to have and eat nothing else except that thing - like watermelon, which is hard in February. There were things that made no sense, too. I had my brother staying with me at one point - he and Peter, they were running around the city trying to find something that I could eat. I was really sick. They came back with pasta and steak, Saltines (crackers) and all types of things and I couldn't eat any of it. Then my brother handed me a spoonful of tiramisu - just sugar and cream - he said I sat up like a mommy and ate it!"

Looks like she's feeling better now. Maggie definitely has that pregnancy glow. Or maybe it's the Oscar buzz glow she is receiving for Sherrybaby. Looks like Maggie has a big year ahead of her.