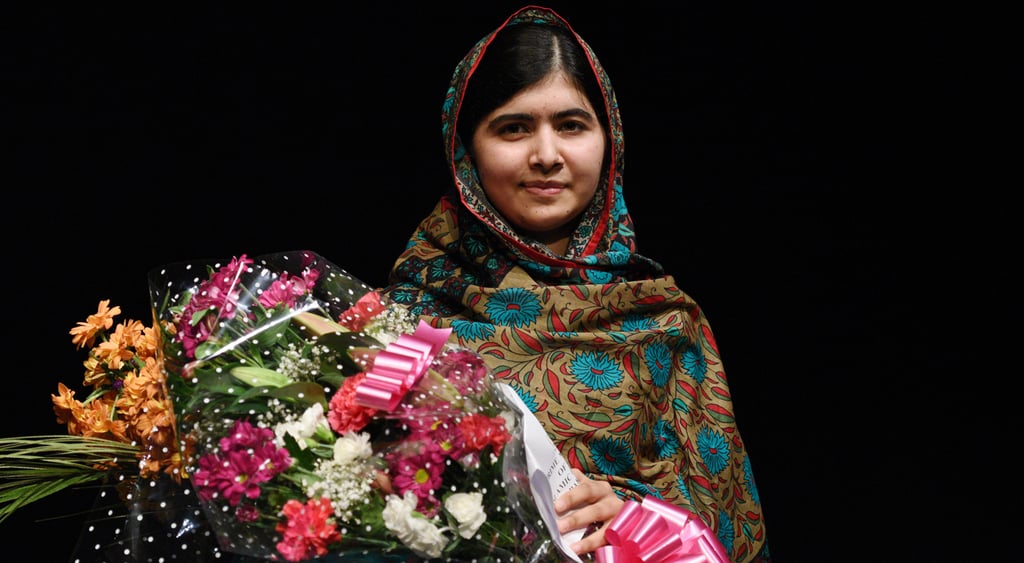 Pakistani child education activist Malala Yousafzai has won the Nobel Peace Prize along with Indian child rights campaigner Kailash Satyarthi. At just 17 years old, Malala is the youngest recipient of the prize in its history. She spoke to the press about receiving the award, and in her speech — which you can watch in the video below — she said, "I'm thankful to my father for not clipping my wings, for letting me fly and achieve my goals, for showing to the world that a girl is not supposed to be the slave. A girl has the power to go forward in her life, and she's not only a mother, she's not only a sister, she's not only a wife. She should have an identity, she should be recognized, and she has equal rights as a boy."

Malala, who was shot by the Taliban in 2012 for her work toward promoting education, has already accomplished much in her short career, and her birthday is now celebrated as world Malala day. Last year, she graced the cover of Time as one of the 100 Most Influential People in the World feature, and she won the European Parliament's Sakharov Prize For Freedom of Thought. The inspiring young woman has argued for the rights of her peers, stating to the UN General assembly, "One child, one teacher, one book, and one pen can change the world. Education is the only solution." See more of Malala's most inspirational quotes, and watch her moving speech upon learning that she won the Nobel Peace Prize. 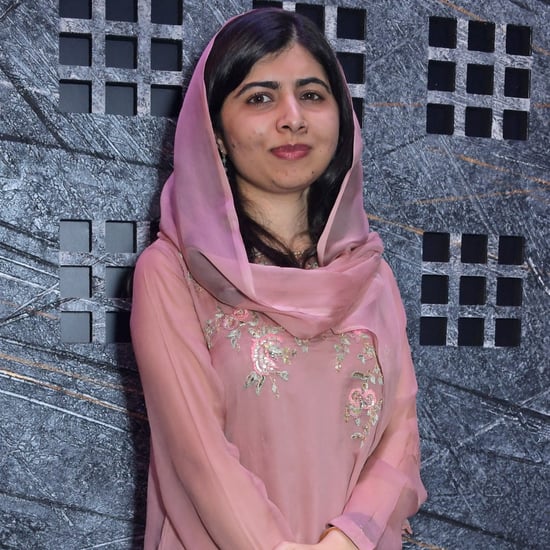 Stella McCartney
Malala Yousafzai Covers British Vogue in Her Headscarf: "You Can Have Your Own Voice Within Your Culture"
by Sarah Wasilak 6/02/21