Margo Martindale was glowing after she accepted her best supporting actress Emmy for Justified, and she stopped by the press room to say how honored she was to have won. She couldn't resist joking about her character's unfortunate end, though, or keeping it real by saying that she was lying when she said that being nominated was enough. 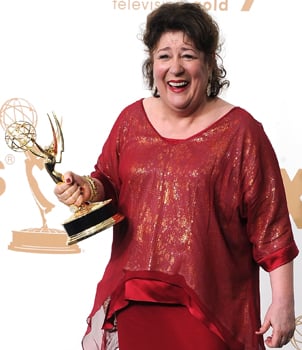 Image Source: Getty
Margo Martindale Is "On Cloud Nine" in the Press Room After Winning an Emmy For Justified  originally posted on POPSUGAR Entertainment News
Emmy Awards
Around The Web