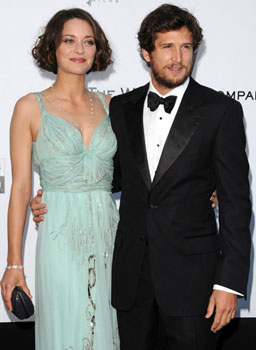 Marion Cotillard and her long-term boyfriend, Guillaume Canet, have welcomed their first child. Their son, named Marcel Canet, entered the world last night in her hometown of Paris. Marion and Guillaume announced the pregnancy in January.

She has a role in Woody Allen's new movie, which hits theaters today — check out BuzzSugar's Midnight in Paris review. With the baby's impending arrival, Marion skipped out on the promotional tour that included a stop in Cannes. Marion already has another project in the works, as she's set to star in The Dark Knight Rises. Congrats to the happy family!