After spending the weekend in Miami with his wife and daughters, Matt Damon was back in his original stomping ground, Boston, yesterday. He was there to speak at the Kennedy Presidential Library about his work in Haiti, though it's some other comments of his that have people talking this week. Not only did Matt call Bond a "repulsive" "sociopath" and more, but after recent political comments Damon has also been offered $10,000 to debate former NYT columnist Bill Kristol about the Iraq war. Sounds like a sticky subject but if anyone in Hollywood could hold their own in that forum, Matt would be the guy. 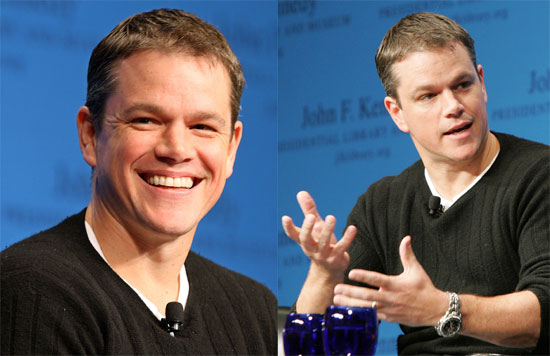