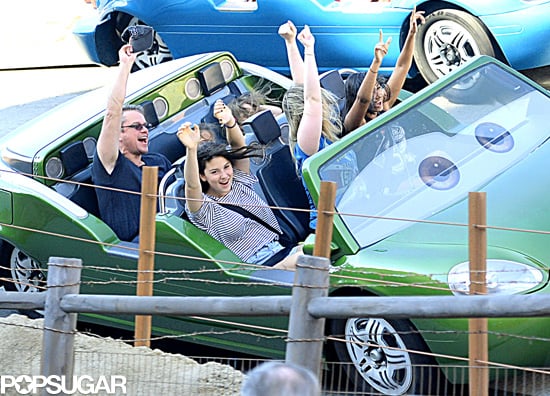 It looks like Matt Damon had a roaring good time at Disneyland! He took his family to the theme park in Anaheim, CA, this week, where they rode in a Cars-themed ride and blended in perfectly with the rest of the park's visitors. Matt and his family recently relocated from New York to LA so that he could focus on Pearl Street Film, his production company with friend Ben Affleck. The move is proving to be well worth the family's trouble, as Matt and Ben have already seen two of their new TV pilots get picked up by major networks. 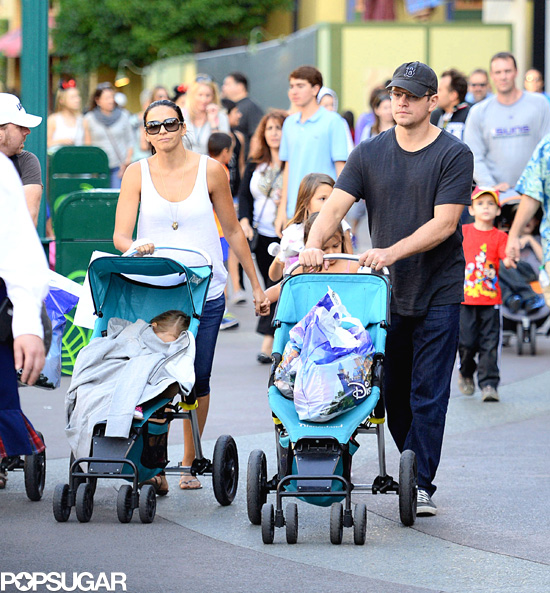 When Matt isn't busy closing deals with his company, he is still working on A-list movies. The actor is currently filming Christopher Nolan's new project, Interstellar, which also costars Matthew McConaughey, Anne Hathaway, and Jessica Chastain. Matt will be back in theaters soon enough with The Monuments Men, which is slated to hit theaters in February. 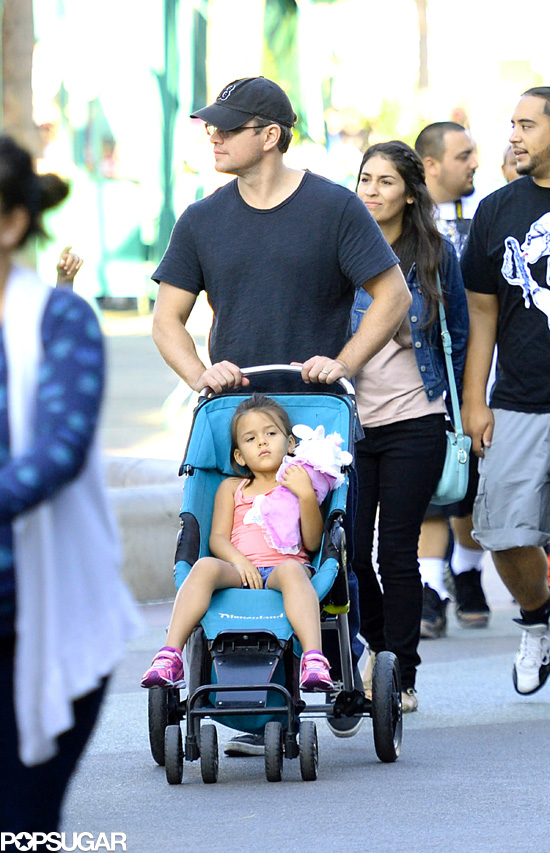