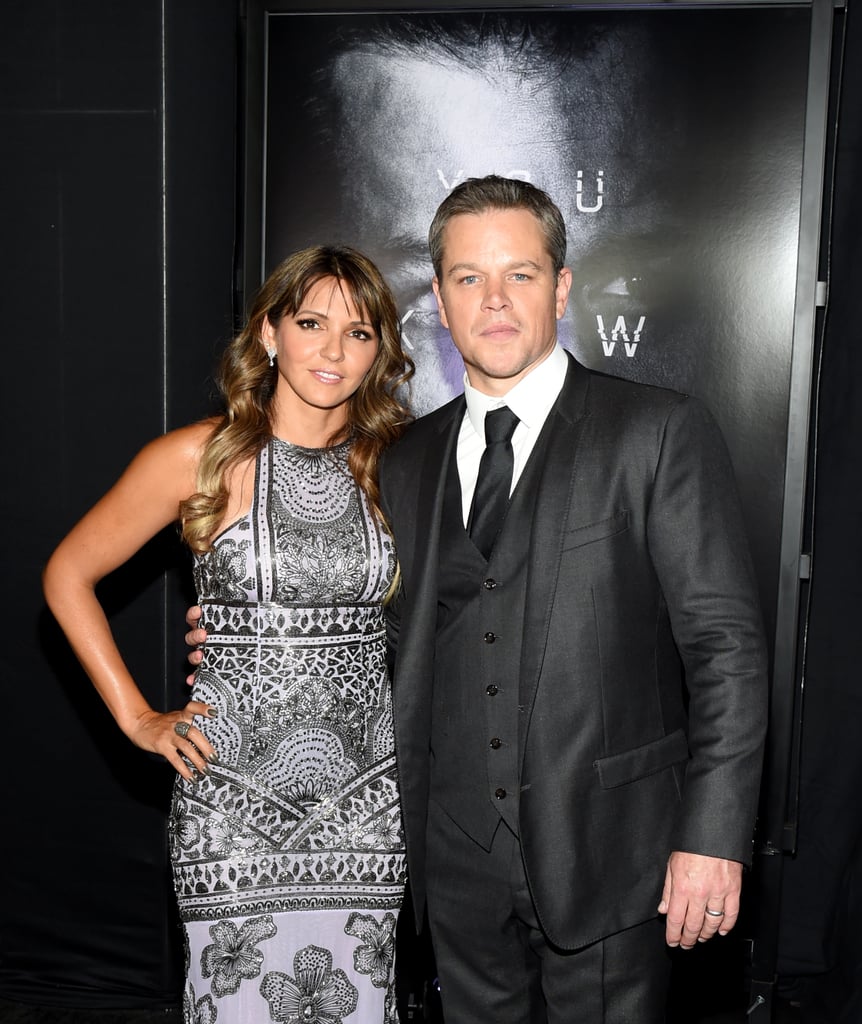 Following his European press tour, Matt Damon returned stateside and attended the Las Vegas premiere of Jason Bourne with his wife, Luciana Barroso, on Monday evening. The duo struck their signature pose on the red carpet before joining Matt's costars Alicia Vikander and Julia Stiles inside The Colosseum at Caesars Palace. In addition to his movie hitting theaters later this month, Matt also has a new feature in GQ's August issue, in which his celebrity friends offer hilarious tidbits about him, including Julia, who recalls the time they met Prince together. Keep reading to see more of Matt, then check out the full trailer for the film before it debuts on July 29.