Matt Damon and his brother Kyle participated in South Africa's Cape Argus Tour earlier this year, and now their adventures are being chronicled in the latest addition of Bicycling magazine. Kyle encouraged Matt to take on the challenge shortly before filming began on Invictus, much to the dismay of the film's producers. Both men came out of the experience stronger, at least according to Kyle's version of the story — Matt only complained that his backside was, "swollen in the shape of a bike seat." Their exploits can be explored further in the article, while the fruits of Matt's filming hits the big screen on Friday. That isn't Matt's only project coming out this weekend — his project for The History Channel, The People Speak, airs Sunday at 8 p.m. 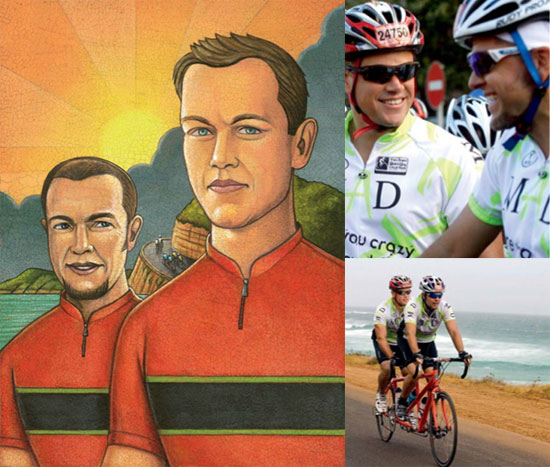