Matthew Broderick gave James Wilkie a lift on his scooter as they made their way to school on Friday morning in NYC. Aside from tackling the city on two wheels, Matthew's been busy promoting his new Broadway show, The Philanthropist. He made an appearance on The Late Show earlier in the week, opening up about the two things on everyone's minds — the twins he and Sarah Jessica Parker are expecting via surrogate. Here's more: 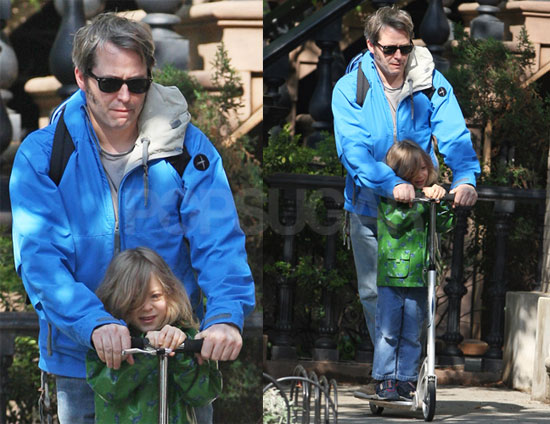