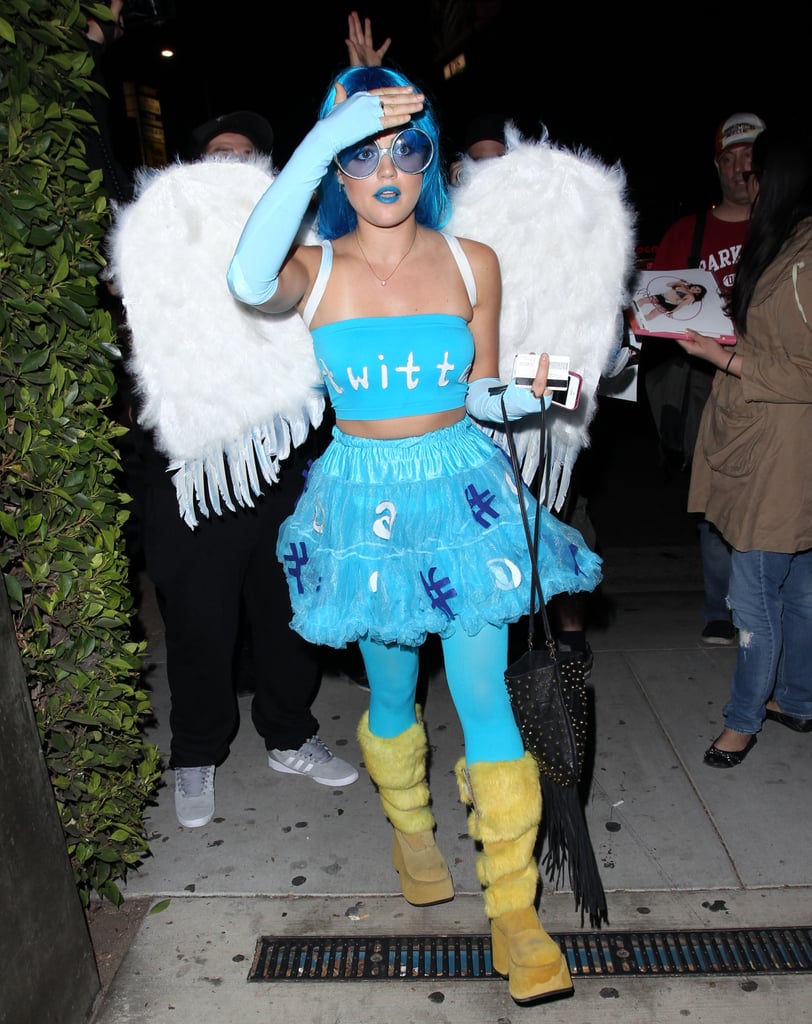 Just one week after his intimate wedding in Hawaii, Matthew Morrison threw his annual costume birthday party at Hyde in LA. Chris Colfer, Zelda Williams, and Shenae Grimes were among the stars who attended the event on Saturday, joining the list of celebrities who have already debuted Halloween looks. In one of the most memorable appearances, Lucy Hale dressed up as the Twitter bird in an all-blue ensemble she teased in a series of Instagram pictures. Scroll through to see the rest of the celebrities at the event, and then find out who wore what at the star-studded Casamigos Tequila Halloween bash.