Megan Fox attended a screening of This Is 40 at the Writers' Guild Theater in Beverly Hills last night. Sporting a pair of Christian Louboutins, a midnight-blue Lisa Ho blazer, and skinny jeans, Megan Fox showed off her fit postbaby body. Back in September, Megan gave birth to her first son, Noah, but she and her husband, Brian Austin Green, managed to keep it quiet until mid-October. Brian credited Reese Witherspoon with helping them keep the news a secret. During a chat with Ryan Seacrest earlier this month, Brian said Reese attracted most of the media attention when she gave birth to son Tennessee Toth around the same time.

Megan put her parenting duties on hold to spend the night out with her This Is 40 castmates at yesterday's screening. The Knocked Up spin-off brings back Leslie Mann, Paul Rudd, and Jason Segel. Megan joins the cast as Leslie's character's young, hot employee in the film, which hits theaters Dec. 21.

Previous Next Start Slideshow
Megan Fox
Around The Web 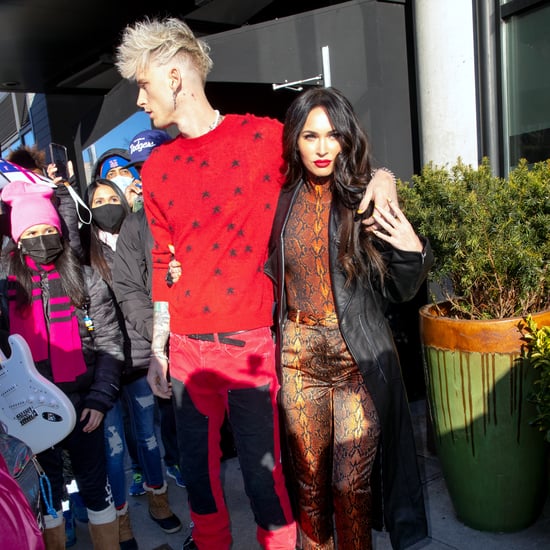 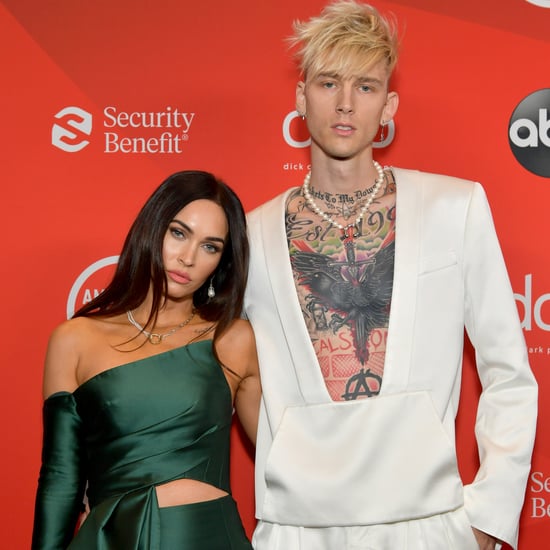 Megan Fox
So, Did Megan Fox and Machine Gun Kelly Get Engaged?
by Monica Sisavat 3 weeks ago

Megan Fox
Megan Fox Compares MGK Romance to "Being in Love With a Tsunami," and I'm Sorry, What?
by Monica Sisavat 11/18/20