Megan Fox's ripped abs were on full display in her bikini as she and shirtless Brian Austin Green frolicked on the beach in Maui, Hawaii on Saturday. The tattooed twosome started the weekend by attending his 90210 costar Ian Ziering's wedding in Newport Beach before heading on their own romantic getaway. Megan has lots of free time lately since she's no longer starring in Transformers 3, which started production last month. Instead, Rosie Huntington-Whiteley will be taking her place alongside Shia LaBeouf. Even so, it certainly doesn't seem like Megan is using that as a reason not to hit the gym — the actress looked incredibly ripped wearing her little two-piece holding hands and embracing her man BAG in the waves. 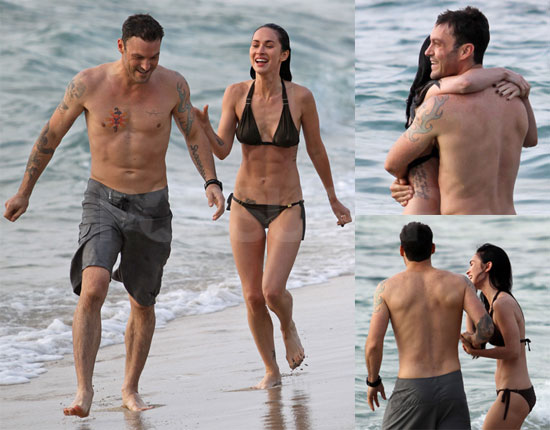 To see more of Megan and BAG, just read more.

Beauty News
How Has No One Noticed Megan Fox and Machine Gun Kelly's Matching Tattoos?
by Jessica Harrington 2 weeks ago 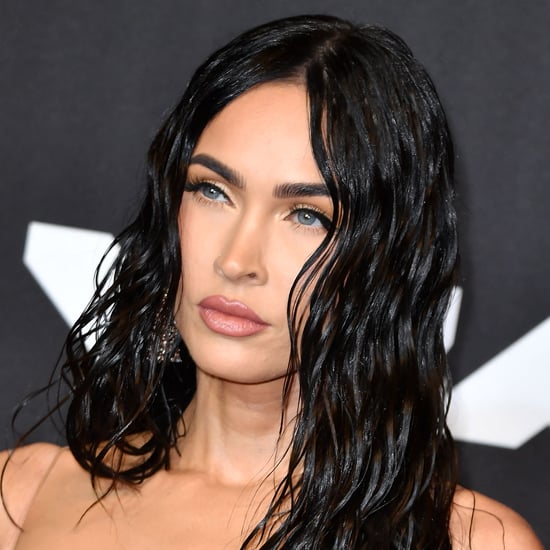