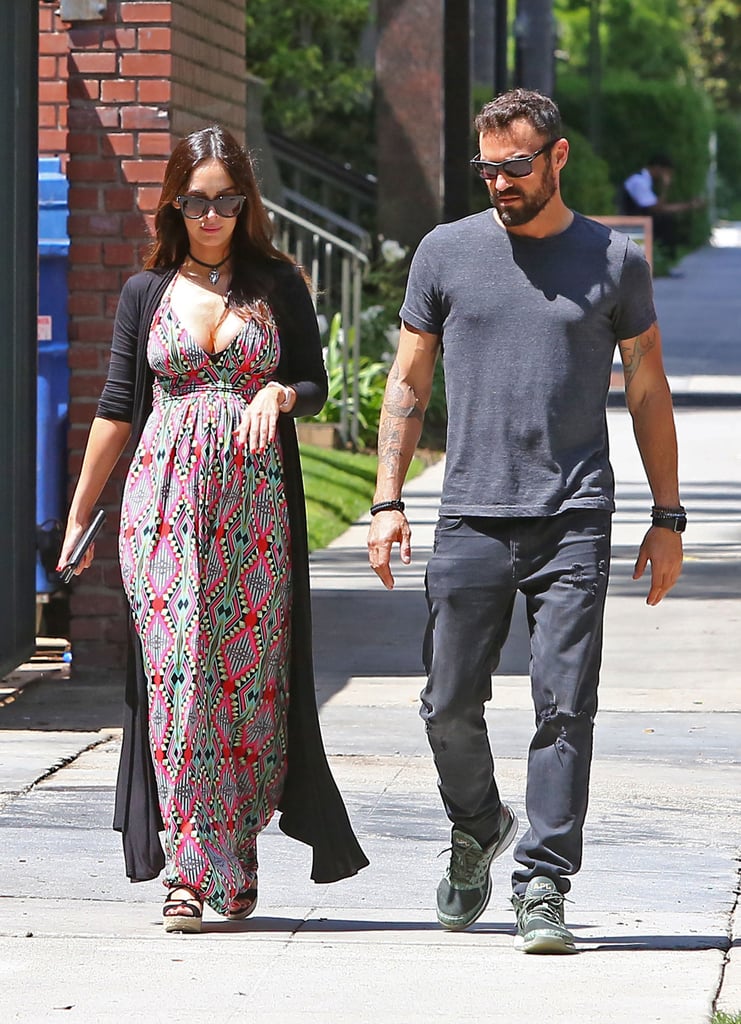 Megan Fox showed off her baby bump in a printed maxi dress while grabbing lunch with her estranged husband, Brian Austin Green, in LA on Tuesday. The pair didn't show any PDA but walked side by side down the street and chatted with each other. Megan made headlines on Monday night when she revealed her growing belly on the red carpet at CinemaCon; the Teenage Mutant Ninja Turtles star linked up with her costar Will Arnett and posed for photos in a tight-fitting black dress. It will be the third child for Brian and Megan — the two are already parents to sons Noah and Bodhi — and Megan made sure to address rumors surrounding the paternity of her unborn child via Instagram on Tuesday by sharing a collage of pictures with Will, Shia LaBeouf, and her New Girl costar Jake Johnson captioned "#NotTheFather."

News of Megan's pregnancy came as a surprise to most, especially considering that she and Brian announced their separation back in August. The couple had been married for five years and dating for nearly 11, and Megan cited their separation date as June 15, 2015. After Megan put her baby bump on display, E! reported that Brian is the father of her child and that the couple will likely postpone their divorce proceedings; according to a source close to the couple, the divorce "will likely be put on hold for a while," and, "This pregnancy was not planned, but when they found out they were extremely happy." Keep reading to see Megan and Brian's day out, then check out more celebrities who are expecting babies this year.

Greta Gerwig
Greta Gerwig Is Expecting Baby No. 2: "I Am With Child"
by Njera Perkins 9 hours ago