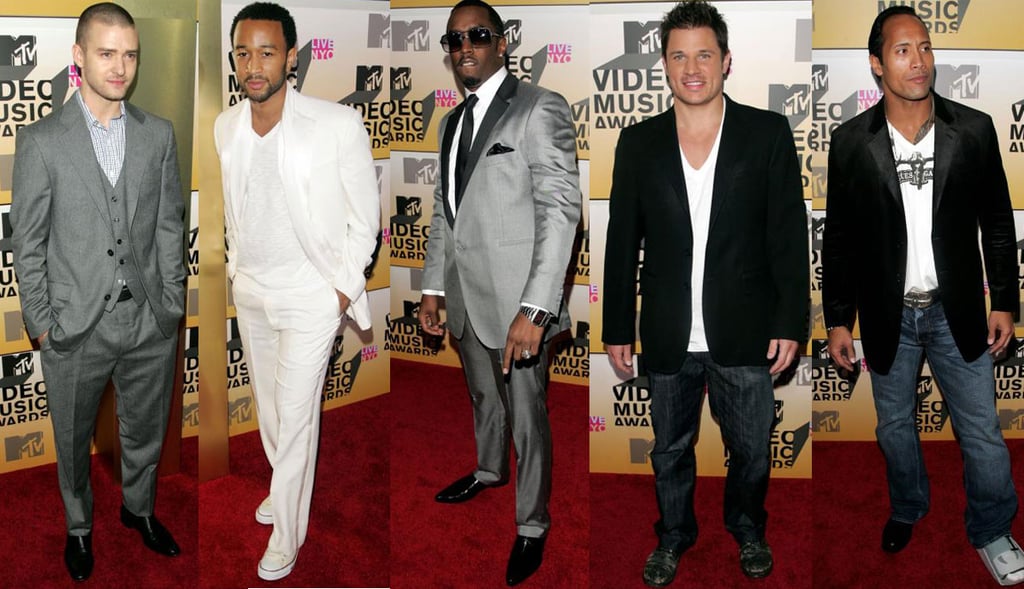 The Men Arrive at the VMAs

The men on the red carpet went from three piece suits to jeans and undershirts. JT, Diddy and John Legend had it going on. They came dressed to impress! As for Nick, we were a little let down. He can usually pull off casual cool, and we love that baby face, but he made no effort last night. His undershirt could have been a little nicer. I bet he went to bed wearing it when he got back to Vanessa's later. As for the Rock, he pulled off that look Nick was aiming for, even with a broken foot. 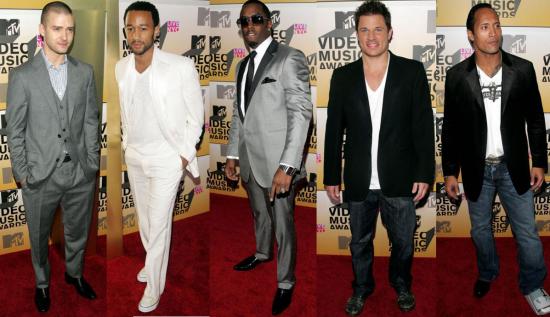 Lots more pics of the guys arriving at the VMAs including TI, The All-American Rejects, Jared Leto and 30 Seconds to Mars, Ice-T, 50 Cent and many, many more so read more

And many, many more

Celebrity Pregnancies
Chrissy Teigen Just Accidentally Revealed She's Having a Boy, and Her Reaction Is Priceless
by Yerin Kim 9/21