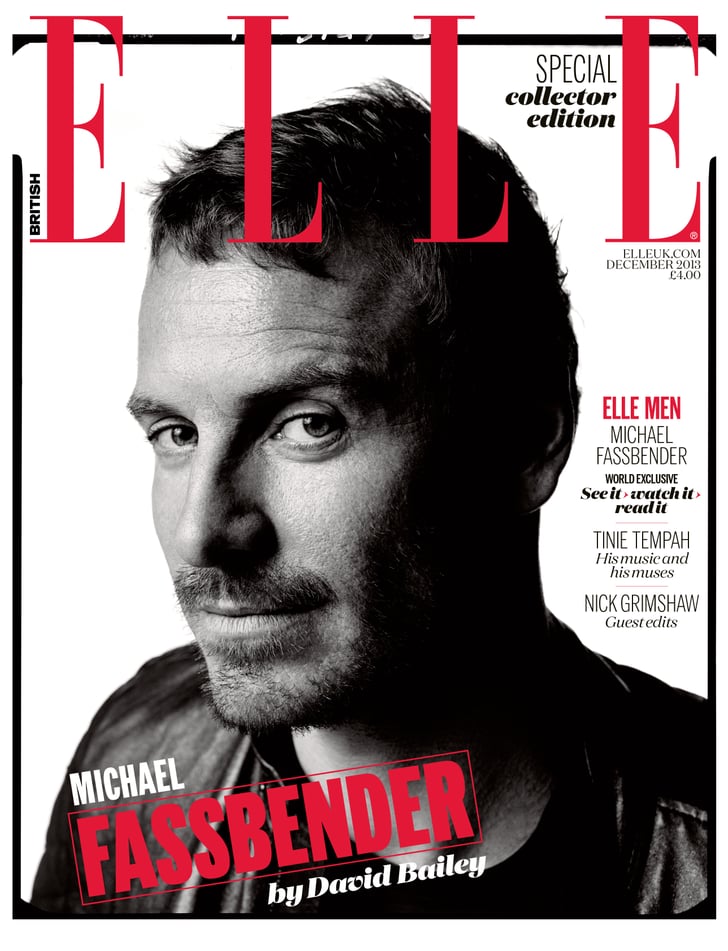 Would you believe that Michael Fassbender never thought of himself as good-looking? Yeah, us either. The brooding actor takes an artistic turn on the cover of Elle UK's December issue, channeling his signature bad-boy attitude in the photos shot by iconic UK photographer David Bailey. In the accompanying sit-down, Michael — whose films The Counselor and 12 Years a Slave are both in theaters now — opened up about being a bit of an ugly ducking growing up, revealing that he had "bad acne" and "unfortunate" hair. He also talked about being accosted by women since becoming famous and revealed whether or not he was asked to strip during his days in drama school. The full interview appears in the December issue of Elle UK — which is on sale Oct. 30 — and is also available as a digital edition; you can see some of Michael's standout quotes below now.