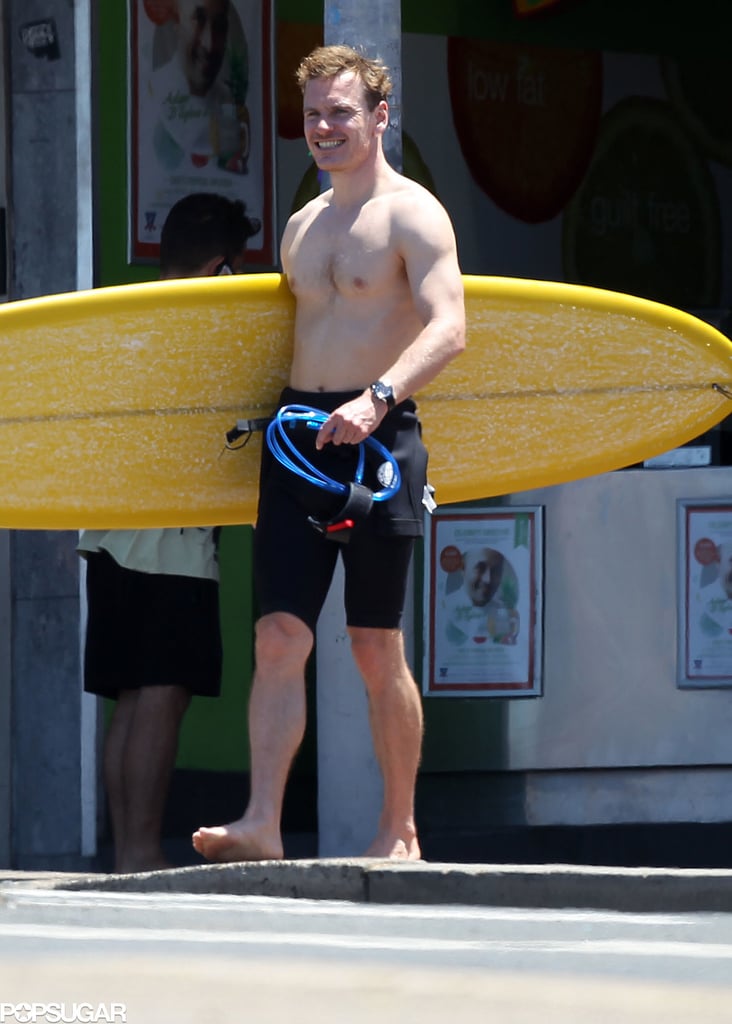 Shirtless Michael Fassbender Gets Crazy Sexy Without Even Trying

Surf's up! While American stars continued their Thanksgiving celebrations over the weekend, Michael Fassbender unleashed his hot body in Sydney, Australia. The actor spent Sunday at Bondi Beach, showing off his surfing skills and chatting up pals, including Alicia Vikander, his costar in The Light Between Oceans. At one point, Michael smiled widely while lugging his surfboard shirtless, which might not come as a surprise considering he's man enough to disrobe for the camera. Earlier this year, the actor captured our attention in a completely innocent way when he danced to Robin Thicke's "Blurred Lines" with his X-Men: Days of Future Past costars Hugh Jackman and James McAvoy. Prepare to be even more impressed when you see Michael in all his glory, and then swoon over his GIF guide to seduction.