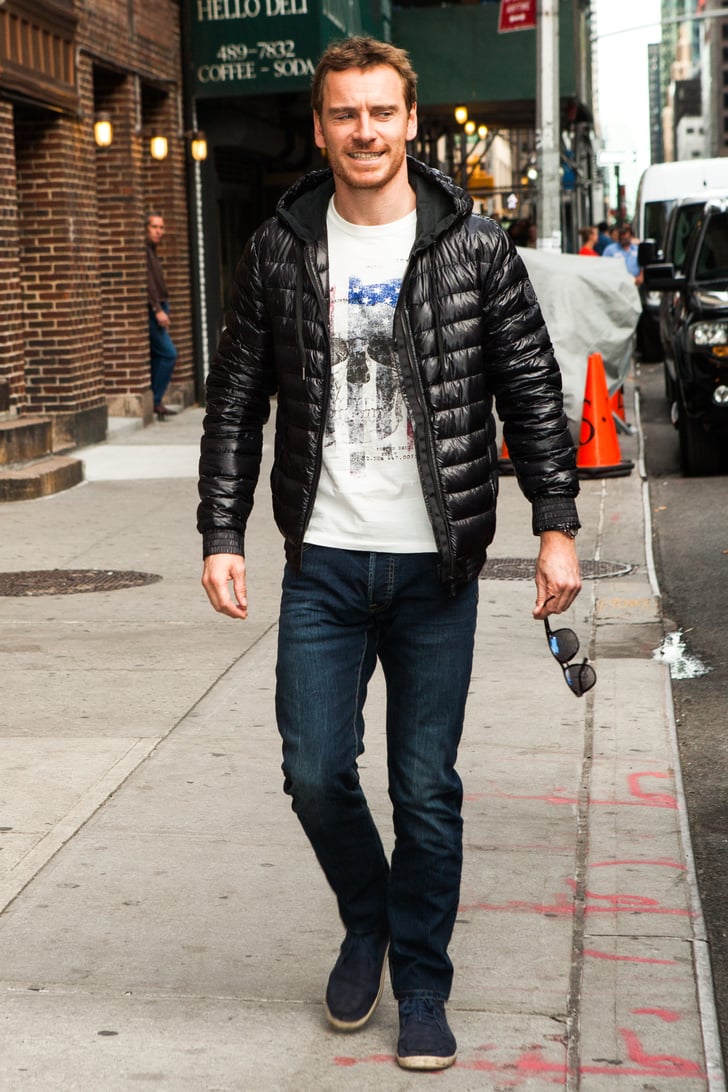 Michael Fassbender made a fan's day as he headed into a taping of the Late Show With David Letterman in NYC on Tuesday. The actor stopped to sign autographs, and even took a few minutes to scribble his signature on a man's bike before making his way into the studio. Michael has two upcoming big-screen projects to discuss, including The Counselor, which hits theaters on Oct. 25. He already linked up with costars Pénelope Cruz and Javier Bardem for the film's London premiere last week, as well as a photocall for the film alongside director Ridley Scott. Michael also stars in 12 Years a Slave with Brad Pitt, so he gets to pull double duty on his press press rounds before the powerful movie's Oct. 18 release.

Image Sources: AKM-GSI and Getty
Michael Fassbender
Around The Web