NBC and Bravo had their chance to play party host in Pasadena last night for the TCAs. Michelle Trachtenberg could only stay for a second before heading to her mom's birthday party, but she still dished even more on Gossip Girl — check out the exclusive interview in today's PopSugar Rush! Most of the cast of The Office came out to support their show, and Mindy Kaling even gave Buzz the scoop on the upcoming Jim and Pam wedding! Rachel Zoe and her husband also posed on the red carpet as they gear up for season two of Rachel's show and the launch of her newsletter. There's a lot more to come from all our interviews and the events are rolling on today, so don't forget to check out all of our TCA coverage. 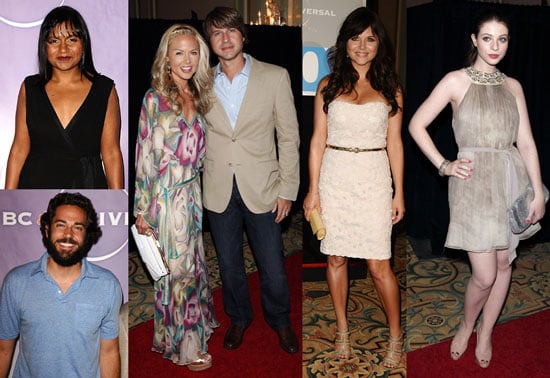 To see more from the party including B.J. Novak, Benjamin McKenzie, Jay Leno, Mindy Kaling, and others, just read more.