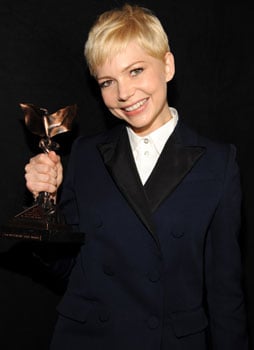 Michelle Williams took home her very first Spirit Award today for My Week With Marilyn. She was very excited about her statuette as she headed back to the press room to talk to reporters about her prep work for the film, and how she feels about her rise to fame.

On winning her first Spirit Award after being nominated four times: My friend said earlier, "You're like the Susan Lucci of the Independent Spirit Awards!"

On how she approached the role: I took my time, you watch all the movies, you read all the books, you go on YouTube. You become a really good student.

On how far she's come since growing up in Montana: I just do some work. I just keep my head down, which is actually a very Montana attitude. There's this Quaker thing that I like, "Eyes to the ground and heart to the sky." I just keep focused.

On her favorite quote from the script: I do have one but I don't want to tell you what it is! 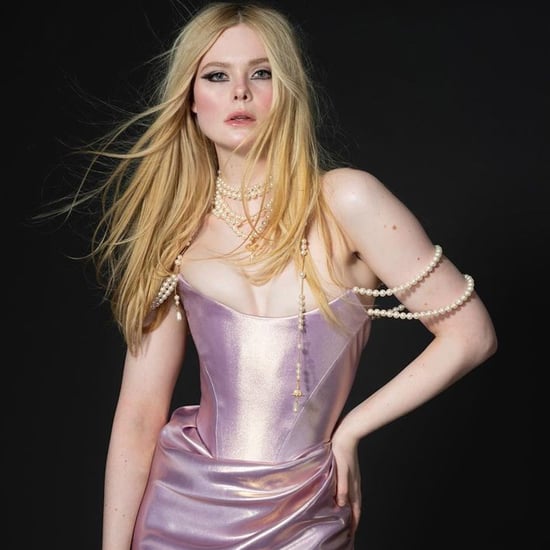 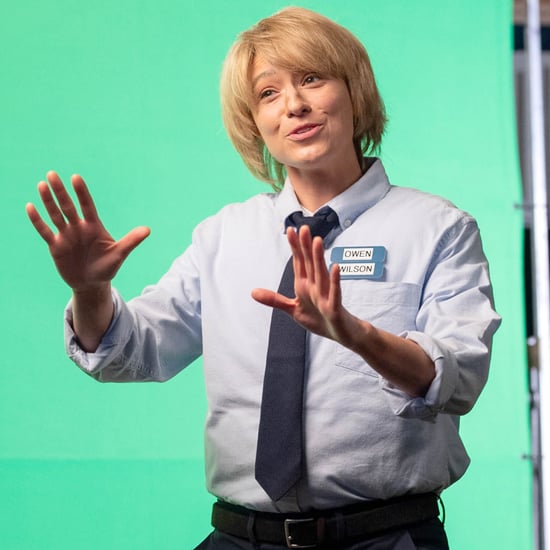