Michelle Williams has slowly been stepping back into the spotlight in the past few months, promoting her latest movies Synecdoche, New York and Wendy and Lucy, and she recently talked to Newsweek to help promote her films. The interview is both raw and sincere, with Michelle talking about living under a microscope and how she's handling Heath Ledger's tragic passing. Here's more: 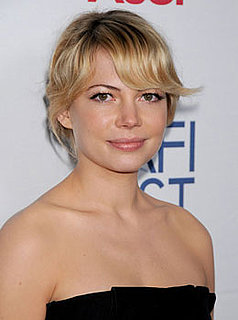 The interview must have been a difficult one for Michelle, but the strength and wisdom she's shown over the past year really shine through. Having Matilda and Spike Jonze in her life are hopefully helping Michelle find happiness in both her personal life and her career.

Michelle Williams
Around The Web