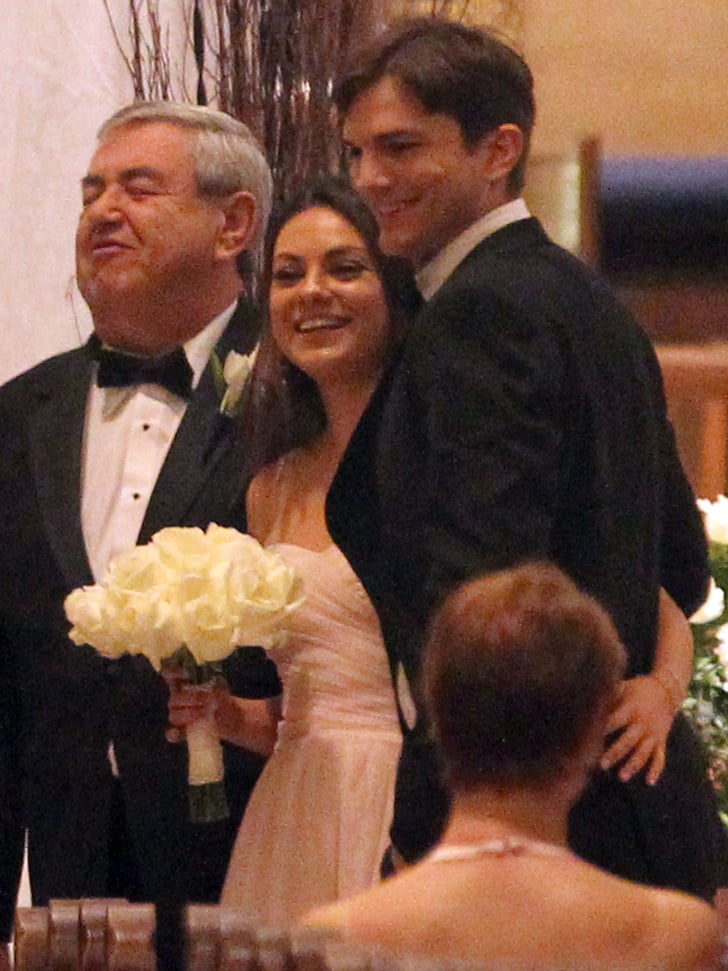 It was a special weekend for Ashton Kutcher and Mila Kunis as they celebrated the marriage of Mila's brother, Michael, and Alexandra Blacker in St. Petersburg, FL, on Saturday. Mila was reportedly instrumental in bringing the couple together, since she introduced Michael and Alexandra after Alexandra trained Mila to play a ballerina in Black Swan. Mila's generosity continued, with sources telling People that Mila actually gifted the newlyweds with a honeymoon trip to Australia.

Mila and Ashton may have walked down the aisle as members of the wedding party, but will they be the bride and groom soon? Speculation that the two are engaged sparked in September, when Mila stepped out wearing a gold band on her left ring finger. Fans of the duo are excited about the possibility, though neither Ashton nor Mila has commented on their relationship status. One thing in their favor — Ashton's divorce from Demi Moore was finally finalized last month.