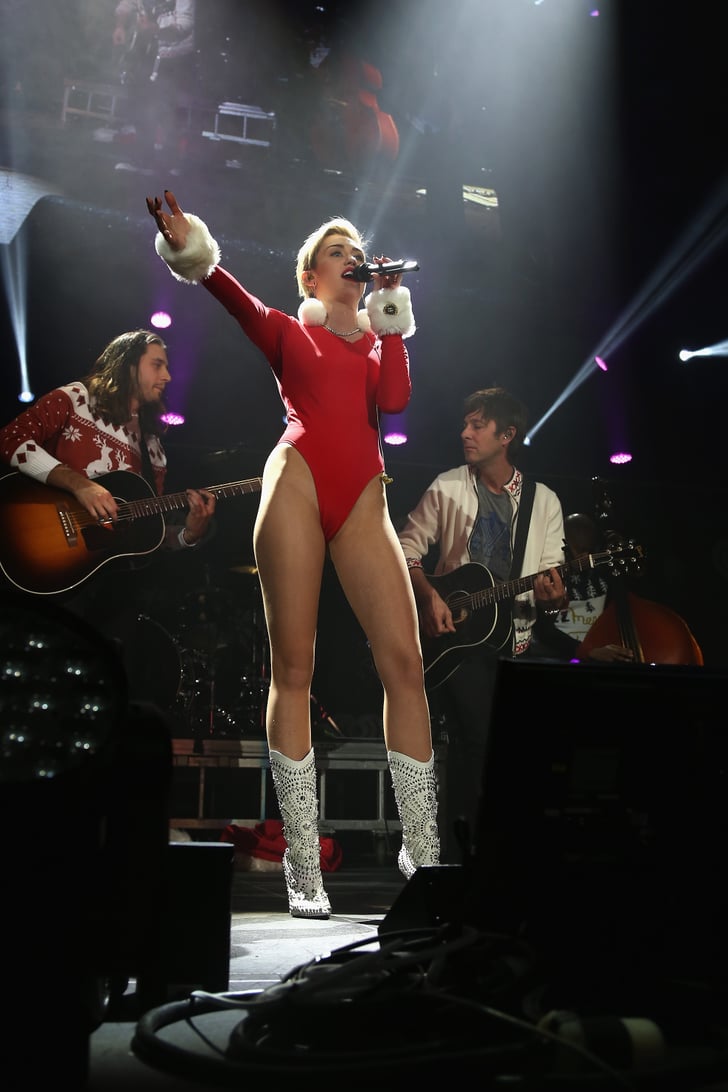 After twerking with Santa Claus in her last concert, Miley Cyrus decided to channel her own version of a sexy Mrs. Claus for a performance at the Jingle Ball in St. Paul, MN, on Tuesday. She arrived at the show in a huge fur coat, which she quickly shed while rubbing up against her naughty Santa, who was played by her pal Cheyne Thomas. She then belted out songs while strutting the stage in a red leotard, fur cuffs, and fluffy pom-pom earrings. She also took swigs from a bottle wrapped up in a paper bag, which she hinted was actually beer on Twitter.

Nostalgia
Miley Cyrus and Lil Nas X Re-Created a Hannah Montana Scene, and Their Acting Is on Point
by Yerin Kim 3/01