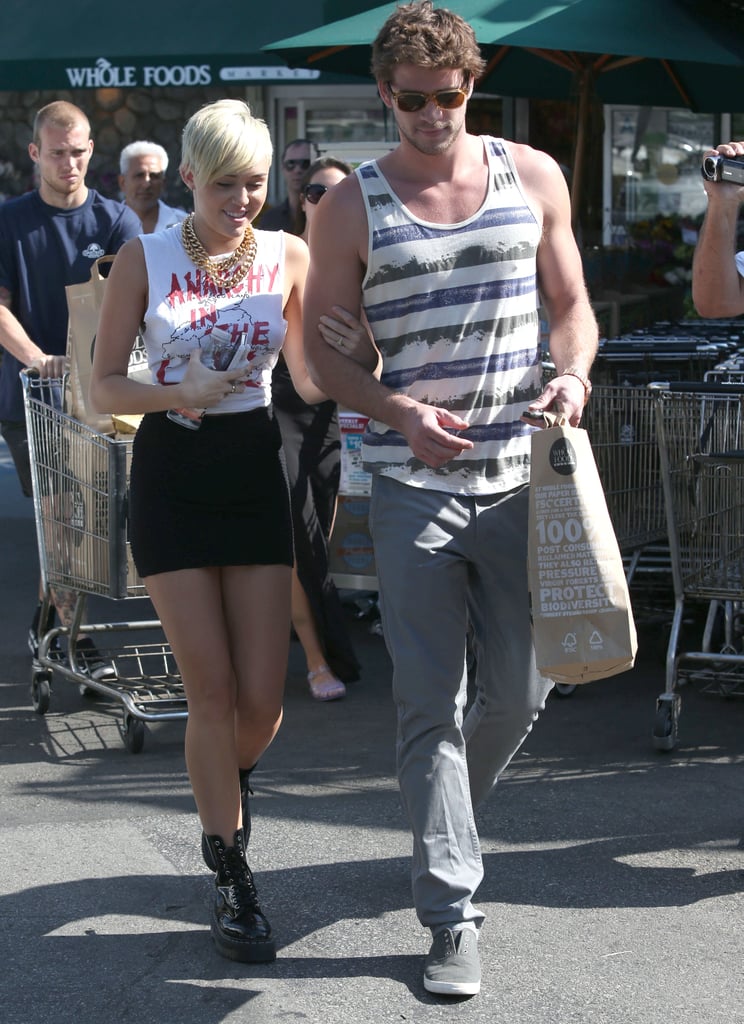 Miley Cyrus's engagement ring was on display as she and her fiancé, Liam Hemsworth, stopped at an LA Whole Foods yesterday. She showed off her legs in a short skirt, paired with Doc Martens, on the outing. Miley was in a great mood, too — she tweeted, "I love my fiancé." When she met up with friends later on, Miley added, "With my favorite people in the world — the love of my life, my fiancé, Cheyne Thomas, Paul Khoury, and Harrison Smart. Life is so good!"

Miley and Liam are reunited at home on the West Coast after he returned from Philadelphia, where he was on location shooting Paranoia opposite Amber Heard. Nineteen-year-old Miley made the trek across the country to visit her soon-to-be husband on set, but has also been busy with her own ventures. Miley stepped out solo for the MTV VMAs to promote her upcoming album.