Miley Cyrus showed off her long legs in short denim cutoffs and metallic platforms as she left the Montage Hotel in Beverly Hills yesterday. Miley's engagement ring was prominently displayed on her left hand, proving wrong the recent reports that she had ditched her ring again after another argument with her fiancé, Liam Hemsworth. Although Miley remains engaged to Liam, the couple did decide to postpone their wedding after a publicized break, which took Liam home to Australia last month.

Liam has been busy with his latest film, Catching Fire, and he presented the first teaser for the film during an MTV Movie Awards appearance last month. Although his costar Jennifer Lawrence sports a long braid as Katniss for the film, she recently chopped off her hair into a bob, which she debuted at the GLAAD Media Awards over the weekend. Liam's future wife showed her support for his costar's new look on her Twitter account, saying, "I love J. Law's new hair cut. Short hair don't care." Miley might have felt the need to express her opinion on Jennifer's shorter 'do after she received criticism for cutting her own long locks into a pixie last year.

Nostalgia
Miley Cyrus and Lil Nas X Re-Created a Hannah Montana Scene, and Their Acting Is on Point
by Yerin Kim 5 days ago 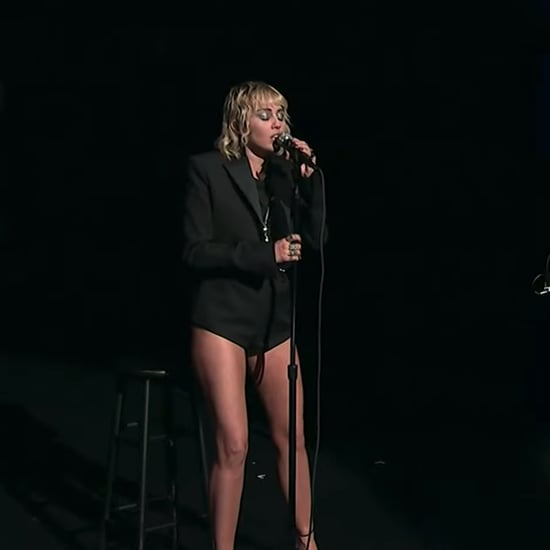 Miley Cyrus
Miley Cyrus Put On a Full-Fledged Concert Before the Super Bowl, and Yes, It Rocked
by Victoria Messina 3 weeks ago