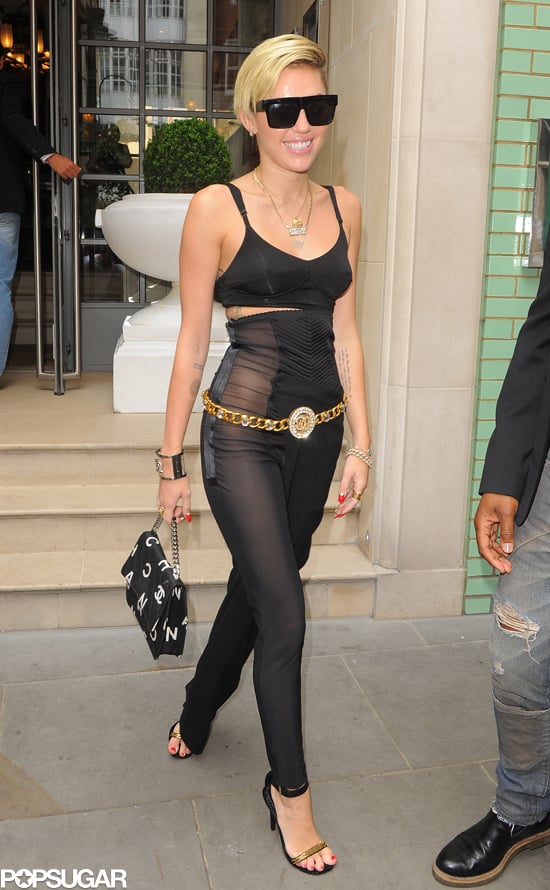 After making headlines for going nude, Miley Cyrus covered up today for a day of press in London by wearing a rather interesting pant combination. The "Wrecking Ball" singer wore an ensemble that included a mix of a corset, see-through leggings, and wide-legged trousers. This isn't the first time that Miley has opted for head-scratching bottoms — she wore half-jeans, half-sweatpants to a Myspace event in LA back in June.

Miley has been riding high ever since she broke records with her just-released music video for "Wrecking Ball." The NSFW video, which was directed by controversial photographer Terry Richardson, included shots of Miley riding a wrecking ball while fully naked and licking a sledgehammer. While the clip is entertaining in video format, it's also just as fun in the form of GIFs — be sure to check out GIFs from Miley Cyrus's "Wrecking Ball" video. 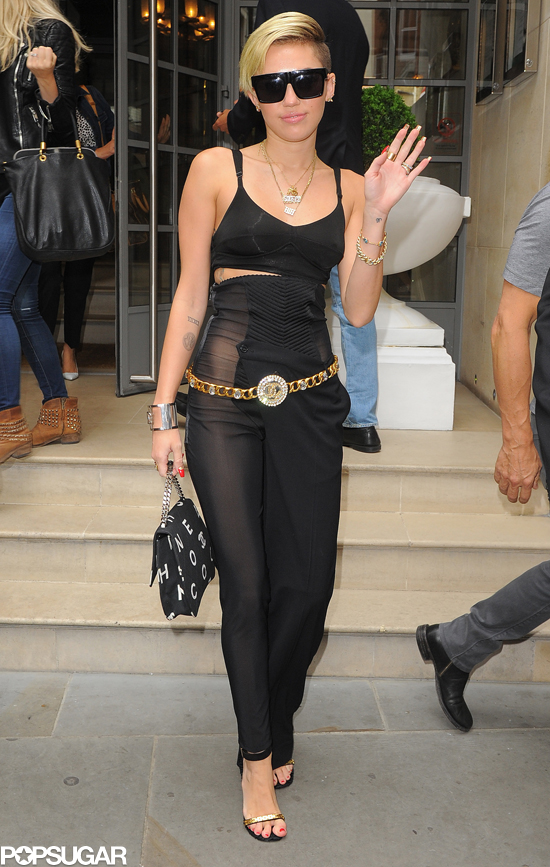 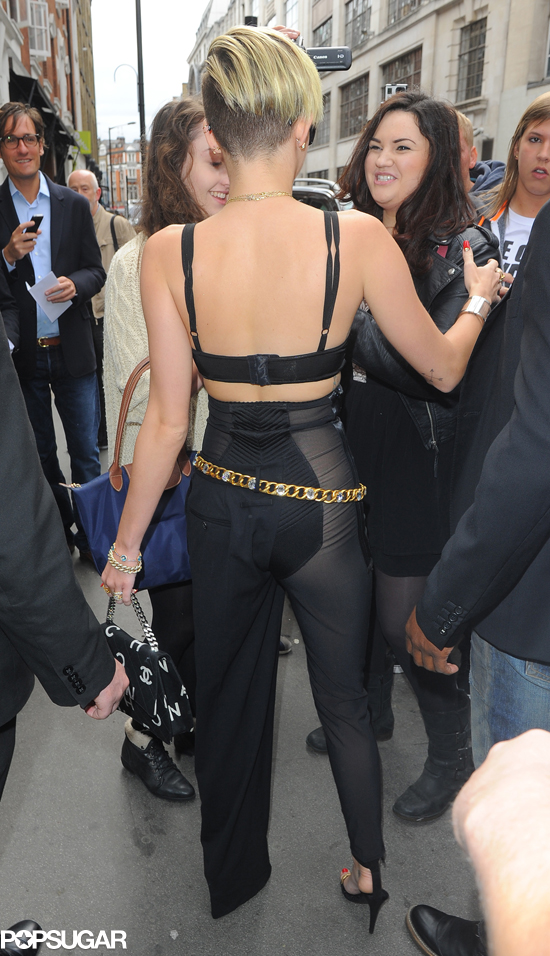