More and more celebrities are using Twitter as a platform for their quips. In this week's edition of the funniest celebrity tweets, Anna Kendrick tells us about her texting close call, Michael Ian Black has a strange request for the person who stole his computer, and Mindy Kaling gives props to a fellow comedic actor. Check out all that more in another side-splitting week on Twitter. 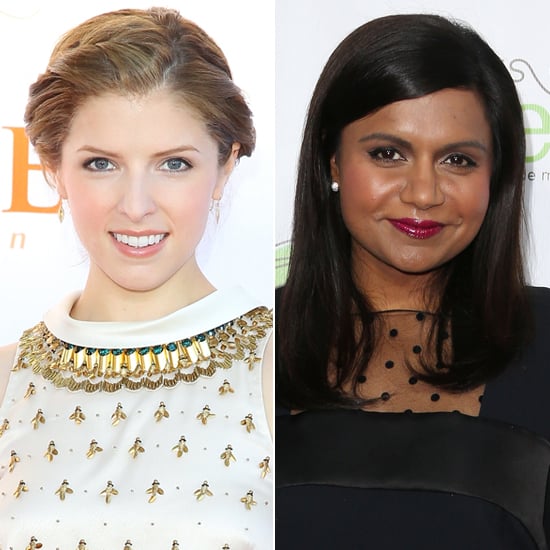 This is almost as euphoric as waking up and not finding an empty pizza box in your bed!

Ultimate euphoria: waking up and realizing you DIDN'T send that text.

Maybe they were all crying on the inside because they were so jealous?

today i brought a brown bag lunch from home to my photo shoot & all the fashion people laughed at me. how was your day?

Am I the only one feeling a really strong sense of deja vu right now?

Check out the rest of our favorite tweets this week when you read on!


In my experience, 3-month-old puppies really know how to hold a grudge.

"Are you mad at me?"-me to my 3 month old puppy just now, dead serious

I think I saw it hanging out with mine at McDonald's? Inhaling an Oreo McFlurry?

Has anyone seen my will power?

Michael Ian Black sure knows how to find the silver lining.

If you're the one who stole my computer yesterday, can you please finish the book I'm writing? Thanks in advance.

90% of pop songs are written about shit that happens during the first three months of a relationship.

@adampally sorry I kept breaking in the scene where you wipe my tears away with a g string. You're just super funny

If you don't think Busy Philipps is living a perfect life, you're wrong.

My episode of Top Chef Masters airs tonight! If you're into watching a pregnant girl eat a lot of delicious food you should check it out!!

To be honest, I'd rather play "cupcake and then text him." Or vice versa.

Girls! It's time for a round of our favorite game CUPCAKE OR TEXT HIM! Sheila get back here