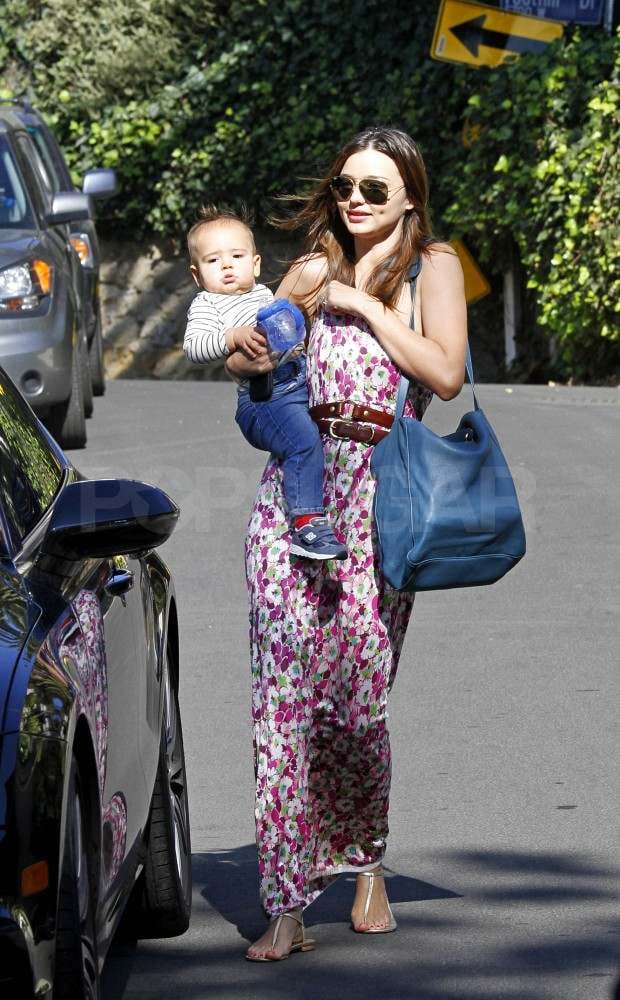 Miranda Kerr and Flynn met up with some friends in LA yesterday afternoon. Miranda wore a bright floral maxi dress while Flynn showed off his toddler style in jeans and a striped shirt. The little guy recently turned one and according to Miranda he celebrated by eating cake for the first time. Miranda chatted about her son's milestone birthday on the red carpet at last week's Spirit of Australia Party for Qantas Airways, where she also told us he looks like dad Orlando Bloom but has her personality. Miranda continued her red carpet run with Orlando by her side at InStyle's Golden Globes afterparty on Sunday.