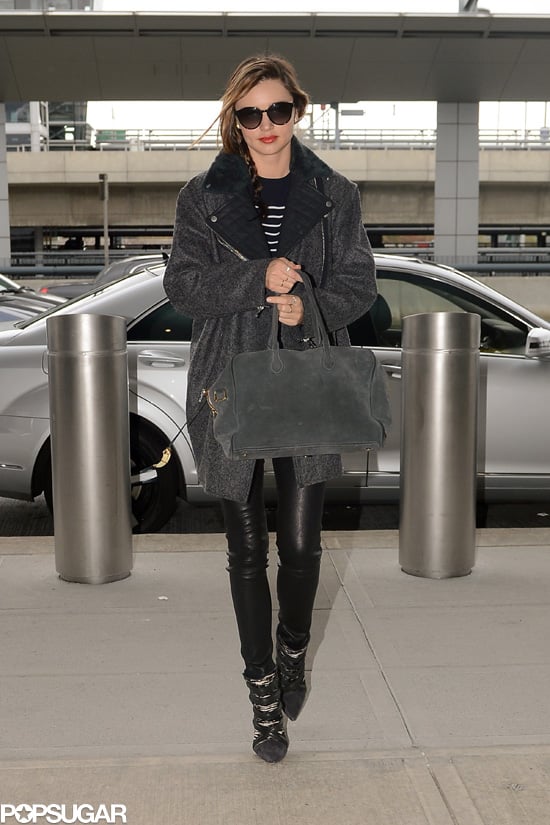 Miranda Kerr had a special greeter when she arrived back in NYC on Wednesday night for a very quick stop at home. The model mom was welcomed back to the Big Apple by her son, Flynn Bloom, who sat waiting for his mother in their SUV. Today, Miranda was back at JFK airport to catch yet another flight out of town. Miranda's estranged husband Orlando Bloom was not on hand to greet Miranda or drop her off, but he has been busy taking care of Flynn while Miranda has been out of town. Orlando gave Flynn a piggyback ride as they walked through the streets of NYC earlier this week, and he and Miranda have been staying close to one another while they take care of their 2-year-old son. 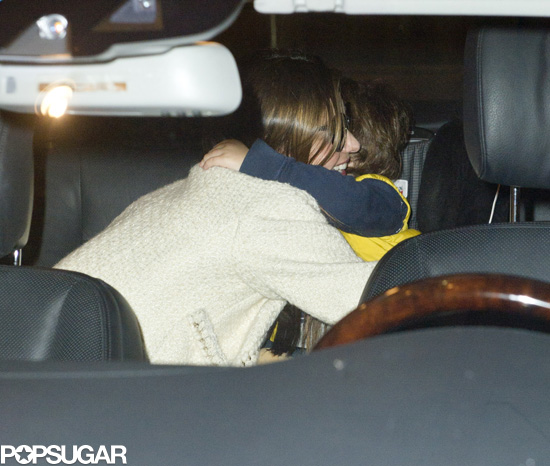 Miranda took a quick trip to LA this week to take part in a photo shoot on the West Coast. Although Miranda and Orlando have been separated for a few months, the two have both relocated to NYC while Orlando works on his new play, Romeo and Juliet, on Broadway.