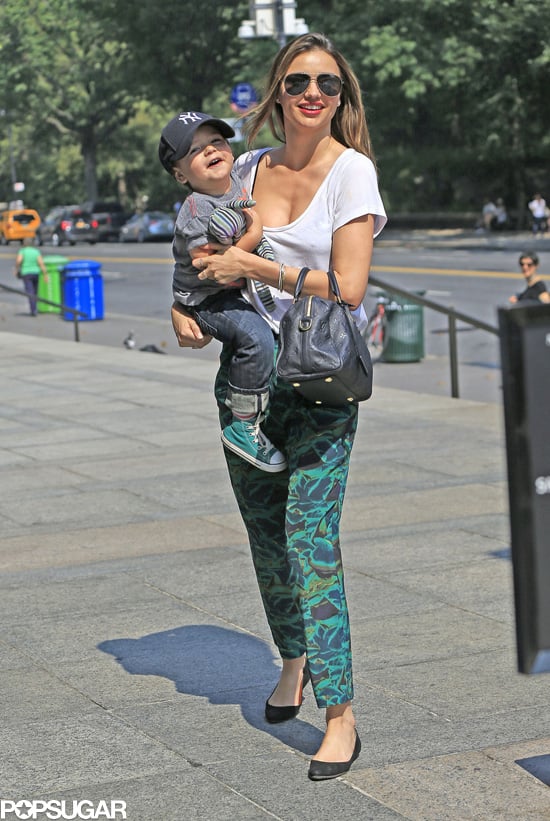 Miranda Kerr held her animated little one, Flynn, in her arms for a trip to NYC's Natural History Museum yesterday. Flynn showed his pride for the city by wearing a New York Yankees cap during the mother-son outing, which he also wore during a family walk with his dad, Orlando Bloom, and Miranda earlier this week. While taking in the artifacts of the museum, Miranda shared a photo of a Theodore Roosevelt quote titled, "Manhood," on her Instagram account, which seemed appropriate since she was accompanied by her own little man. Miranda has been immersing herself in the many cultural riches the Big Apple has to offer recently — her historical outing comes after she popped up at the US Open to watch Rafael Nadal take home his 13th grand slam title. Miranda was accompanied by her husband, Orlando, for the tennis fun, which came after she joined in on the fashionable festivities surrounding New York Fashion Week with an appearance at the premiere of Mademoiselle C over the weekend. She also got in a dose of theater last month to watch Orlando make his Broadway debut in the revival of Romeo and Juliet, which officially opens next week. 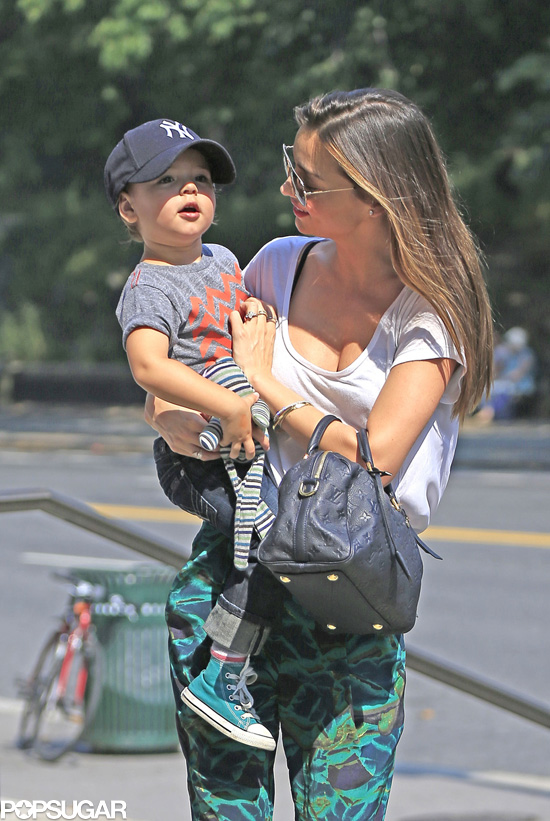 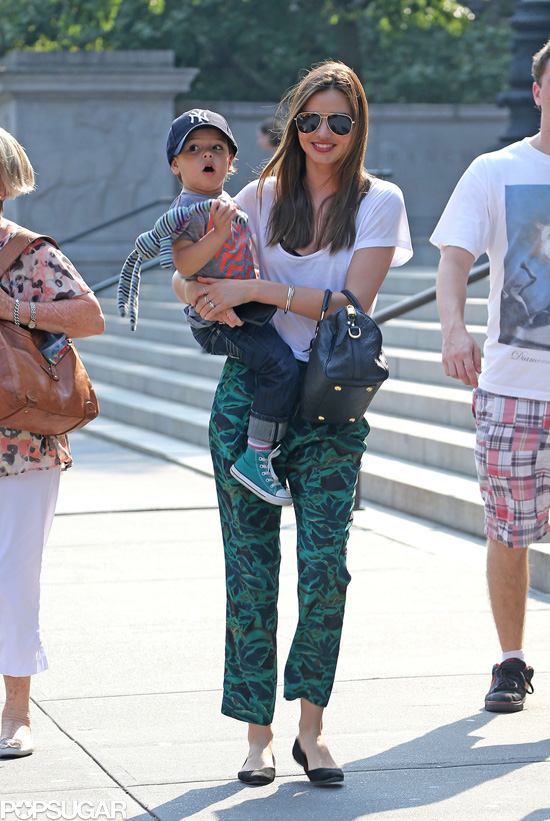