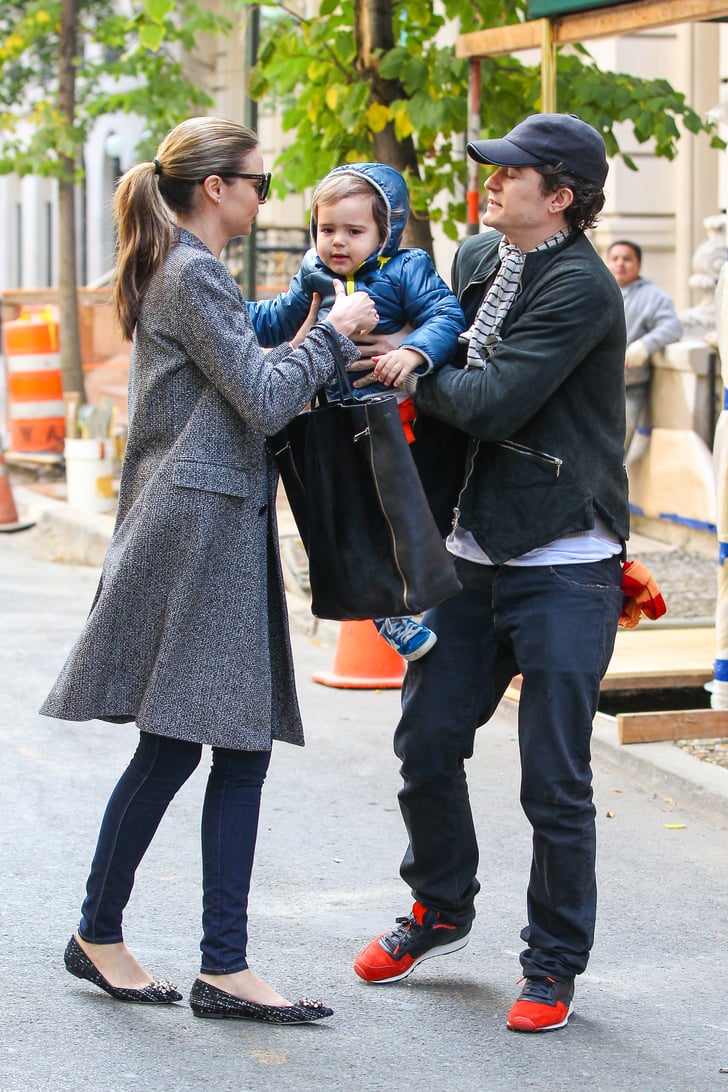 Miranda Kerr and Orlando Bloom took a Central Park stroll with their son, Flynn, on Saturday morning following Friday's announcement that they've separated after three years of marriage. They're no longer wearing their wedding rings, but despite the sad news, the pair was all smiles as they toted their little one around the Big Apple, with Flynn enjoying a popsicle while they walked.

Miranda and Orlando first got together in 2007, then tied the knot in July 2010 before their son was born the following year. The three have been living in NYC while Orlando stars in Broadway's Romeo and Juliet, and the pair made their last public appearance at the show's opening night in September. They were also spotted out together later that month, sharing sweet PDA during a day out with Flynn. While Orlando has been hitting the Broadway stage, Miranda has kept busy with work, hitting the streets in style and glamming it up for events, including a recent Stuart Weitzman party.