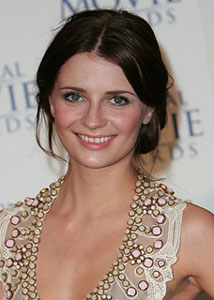 In case you missed it, Mischa Barton had quite an interesting day yesterday, getting charged with a DUI, having her mugshot taken, and being bailed out of jail by her mom. According to TMZ, Mischa blew a .12 on her breathalyzer test, was in possession of prescription pills, and had been smoking marijuana earlier that day (no surprises there). While this sounds like the kind of situation that immediately sends starlets to rehab, she's still set to host a New Year's Eve party at the Luxor hotel in Las Vegas. Apparently the news didn't put off the club whose rep said, “We are aware of Mischa Barton's incident last night, but at present she is still expected to host the CatHouse Grand Opening at Luxor Las Vegas on December 29th. We will let you know if anything changes." We still think she'll pull out of her duties, but if not, let's hope she keeps herself out of more trouble while in sin city.