This weekend I went to see The Bourne Ultimatum and based on the lines we can expect big box office sales for the Damon flick. The movie is getting fabulous reviews and we couldn't agree more. Matt is obviously our favorite boy of summer, so we we're psyched to see he landed the cover of EW this weekend in all of his sexy, sweaty action star glory. In the issue, Matt talks about the usual topics like the Bourne and Bond comparisons, but also gives us a few new juicy tidbits. Here's more: 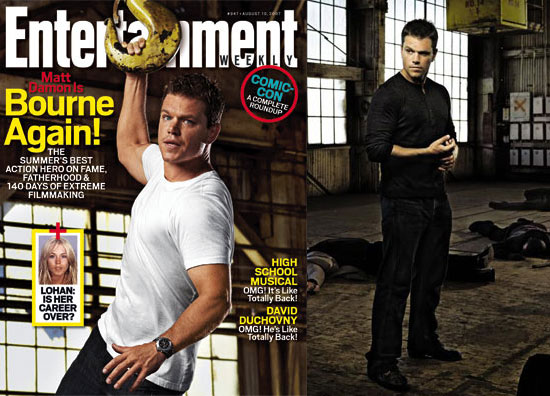 Matt's good guy image is one of our favorite things about him, and we can't get enough of his down-to-earth sense of humor! If you haven't already gone to see what Jason Bourne remembers then hurry up and head to theaters now!
Source