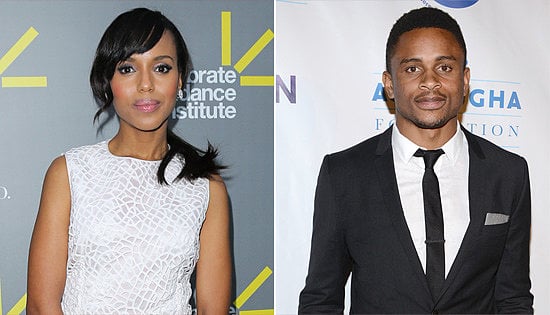 This week, social media platforms exploded with news, pictures, and celebrity PDA, which is why we've rounded up the top crop of stories that kept you buzzing. On Wednesday, we were all surprised to find out that Kerry Washington secretly wed San Francisco 49er Nnamdi Asomugha in a small Idaho town, and the marriage news was the fifth-most talked-about story this week. From a racy music video to a new couple's debut, find out what kept you talking on Twitter, Pinterest, and Facebook this week when you read more!

2. Kristen Stewart's new ink, which she revealed at the Chanel show in Paris:

by Grayson Gilcrease 41 minutes ago